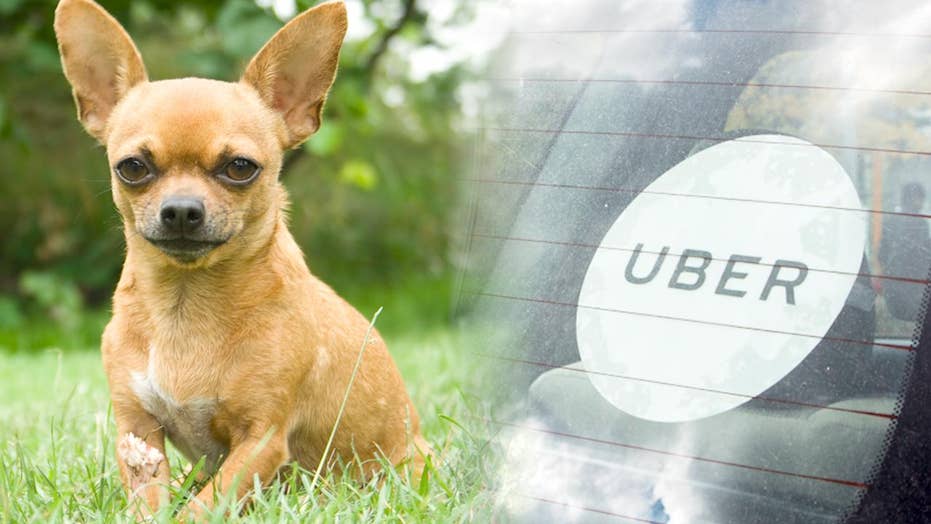 Top 10 strangest things left in Ubers will blow your mind

A live dog, a medical marijuana pipe and a set of deer antlers are just a few of the items left in rideshare vehicles that might shock you. You may be surprised by the top 5 most common items left in Ubers as well.

An orphaned baby bird traveled to a wildlife rehabilitation center — all by itself — after a group of drunk friends who encountered it ordered the animal an Uber, as they were unfit to drive.

The group came across the orphaned lesser goldfinch while drinking in Utah on June 29. They said the bird fell from a tree and needed help.

"Impromptu, sitting in some camp chairs, hanging out, having a few drinks when we had a visitor fall out of the sky," one of the men, Tim Crowley, told KSTU.

Crowley said that, at first, calling an Uber for the bird felt like a joke. But "then we were like, 'No, really. Why not? We're paying them.'"

The first Uber driver, upon learning of the situation, canceled the ride, he said. The second driver, Christy Guynn, didn't seem to question the situation.

Less than an hour later, the bird arrived at the Wildlife Rehabilitation Center of Northern Utah in Ogden.

"While we feel we've seen it all and can't be amazed by anything, there is always SOMEONE out there to prove us wrong," officials for the rehab center wrote in a Facebook post last month of the situation.

The Uber driver said she believes a lot of men, drinking and having fun, would've most likely decided to "just throw [the bird] to the cats or throw it in the garbage."

"So my heart goes out to those guys," she said of their kind deed.

The center's director, Dalyn Marthaler, said the bird — who they nicknamed "Petey — was thin and dehydrated upon arrival. He said the lesser goldfinch should be released into the wild in Utah in the coming weeks.