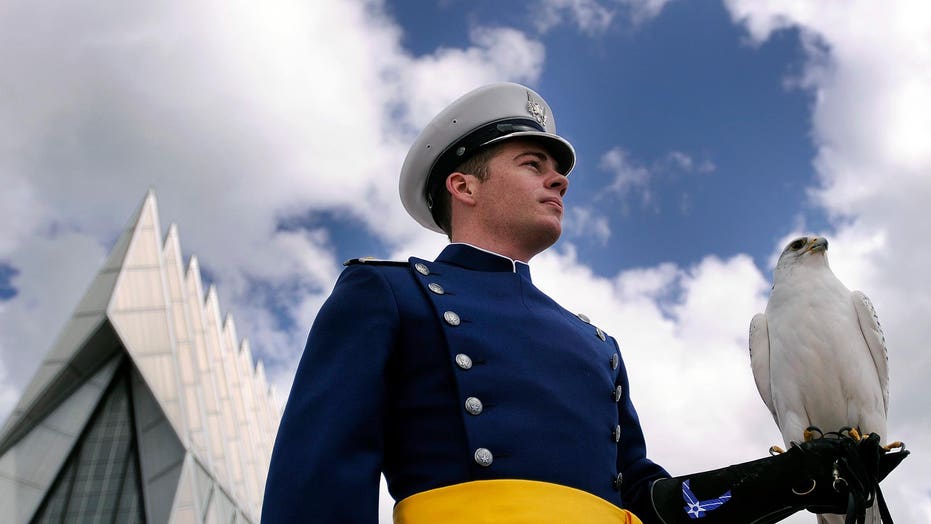 The U.S. Air Force Academy (USAFA) in Colorado announced Wednesday that its official and oldest mascot, 23-year-old Aurora the falcon, has died.

"In her 23 years at USAFA, she interacted with tens of thousands of people at sporting venues and military and community events," officials said.

Aurora was not only an ambassador for the academy but "for all falcons," officials said, "helping us educate the public on the importance of these majestic birds."

"Her impact on the nearly 30 class years of cadet falconers and Falconry Team support staff cannot be overstated," the academy said. "She was a feisty, spirited bird who commanded respect."

"We all feel her loss deeply," officials added.

Aurora, an extremely rare White Phase Gyrfalcon, was a gift from the academy's Association of Graduates in 2000.

Aurora weighed in at about three and a half pounds. She didn't perform at football games but did occasionally fly for exercise at the Academy’s athletic fields. (U.S. Air Force photo/Joshua Armstrong)

The falconry program has been a tradition at the Air Force Academy since 1955.

The birds are trained and handled by cadet falconers and are flown at sporting events in front of crowds of thousands, according to the academy.

“Our hearts go out to our master-and cadet-falconers, who lovingly cared for and trained Aurora for more than two decades,” Superintendent Lt. Gen. Jay Silveria said in a statement, Fox 31 Denver reported.  “Emblematic of the beauty and majesty of our Falcons, Aurora will be greatly missed by generations of cadets, graduates, faculty members, and so many others.”