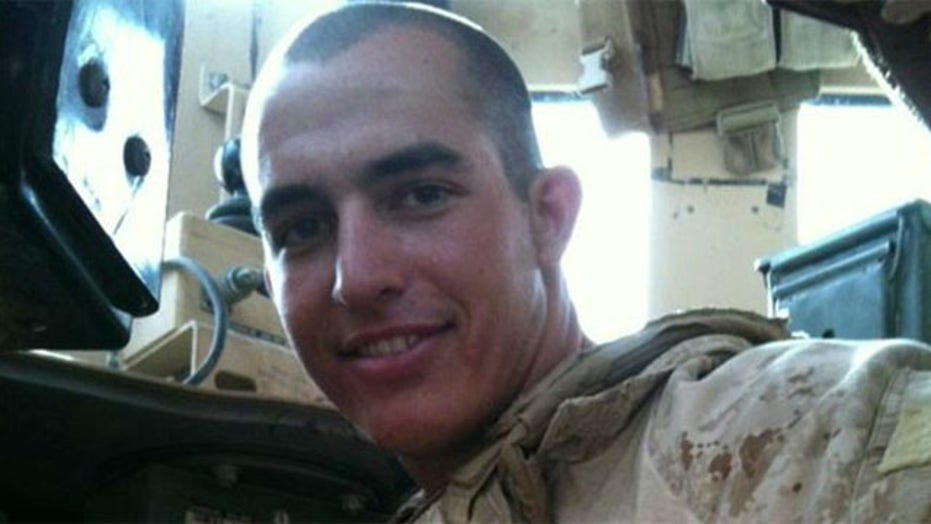 US Marine jailed in Mexico could face 21 years in prison

Sgt. Andrew Tahmooressi has been imprisoned since March 31

A lawyer for a U.S. Marine being held in a Mexican prison on gun charges told Fox News’ Greta Van Susteren Tuesday night that he feels “a little bit stonewalled” by Mexican authorities as he works to fight for his client’s freedom.

Sgt. Andrew Tahmooressi was arrested by the Mexican military on March 31 after border inspectors found three legally purchased and registered firearms in his truck. Although he claims he made a wrong turn at the poorly-marked crossing, he was taken to the notorious La Mesa State Prison in Tijuana.

His attorney, Alejandro Osuna, said on “On the Record with Greta Van Susteren” that Tahmooressi’s evidentiary hearing on May 28 will be very important to the case, because he will be able to “yank out the truth about what really happened” when the Marine crossed the border.

Osuna said proving the truth is so important because he recently read a claim that Tahmooressi  attempted to drive through customs without stopping, which he said is “completely false.” Osuna said he recently subpoenaed Mexican customs officials for surveillance video of the alleged incident, but has not received it.

“In fact, we have been getting a little bit stonewalled by the customs administrators,” he said.

Osuna said customs authorities also initially denied his request to take photographs and bring forensic experts to the scene in order to build his defense, but a judge then ordered the requests granted.

Osuna also discussed Tahmooressi's life behind bars, saying Tahmooressi’s had a rough couple of days when he first arrived.

Osuna said Tahmooressi  was first placed in a special cell after he scaled a wall at the prison. Then, Tahmooressi deliberately hurt himself with a light bulb in his cell and had to be sedated for a few days.

However, Osuna said Tahmooressi spoke with a religious figure in the prison and is doing much better now.

Osuna said being transferred to El Hongo Federal Penitentiary also improved Tahmooressi's spirits, as it is a safer prison.