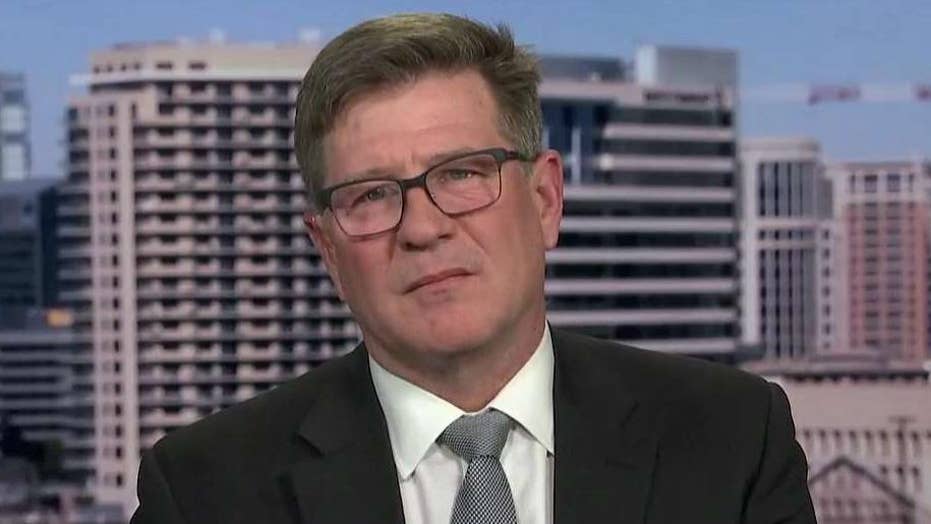 Hoda Muthana's attorney says his client's conduct is indefensible, but ultimately she's likely to return to US

The attorney for the American-born “ISIS bride” says she and her child are likely to return to the country despite Secretary of State Mike Pompeo and President Trump’s comments stating otherwise.

“We are very likely to succeed… in the final motion or complaint,” Charles Swift, attorney for Hoda Muthana said on “America’s Newsroom.”

“She’s likely to come home in the end.”

A federal judge on Monday denied a request to expedite the case of the 24-year-old who left years ago to join with ISIS.

Muthana is currently living in a refugee camp in Syria but hopes to return to the U.S. She says she was “brainwashed” and regrets her actions.

Co-host Sandra Smith read comments to Swift from President Trump and Pompeo prompting Swift to dismiss their role in the case.

“I have instructed Secretary of State Mike Pompeo, and he fully agrees, not to allow Hoda Muthana back into the Country,” Trump tweeted last month.

ISIS BRIDE'S DAD IS SUING TRUMP, US TO LET HER BACK INTO THE COUNTRY

"She's not a U.S. citizen. She has no claim of U.S. citizenship." Pompeo told an Iowa radio host Monday. "In fact, she's a terrorist, and we shouldn't bring back foreign terrorists to the United States of America."

Swift dismissed the president and the secretary of state.

“None of those people matter,” Swift told Smith. “Because they don’t get to say whether she’s a citizen or not. The court will ultimately determine that.”

Muthana’s citizenship status is a key dispute between the two sides.

ISIS BRIDE IS 'WILLING TO PAY HER DEBTS', LAWYER SAYS, WHILE CRITICS SAY 'JIHADISTS HAVE NO SPACE'

The 24-year-old woman’s attorneys say she is an American citizen and that she and her child should be allowed to return to the U.S.

The main contention is whether or not Muthana’s father, who was a Yemeni diplomat, was employed at the time of her birth, a point Swift says is not up for debate.

“It’s absolutely factual that he was not a diplomat,” Swift told Smith. “Everyone agrees.”

Children of diplomats do not get United States citizenship if they are born in the U.S.

Muthana allegedly advocated for jihad and called for acts of violence against Americans in 2015 using Twitter.

During the interview, Swift did not defend Muthana’s actions, and pointed out she will still face penalties for her crimes.

“I’m not defending her conduct there.  In fact her conduct is indefensible,” Swift said. “But I don’t have to because banishment is not a recognized crime.”