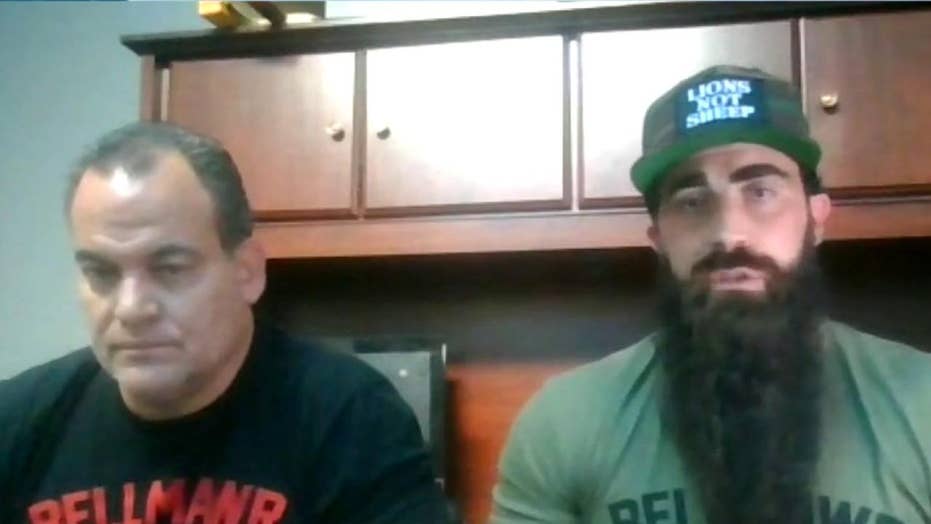 Atilis Gym co-owners Ian Smith and Frank Trumbetti on pushing back against attempts to be shut down by local and state officials amid the coronavirus pandemic.

Atilis Gym in Bellmawr, N.J., is facing existential consequences for reopening in violation of state and local coronavirus guidelines, but co-owners Ian Smith and Frank Trumbetti told Fox Business Network's "Cavuto: Coast to Coast" Monday that they're not going down without a fight.

New Jersey Democratic Gov. Phil Murphy has threatened to punish the owners for violating his pandemic mitigation orders and, according to Trumbetti, local officials could revoke their mercantile license at a meeting Tuesday.

NEW JERSEY GYM OWNERS SQUARING OFF WITH GOV. MURPHY KICK DOWN THE BARRICADES AT ENTRANCE

“Our response to that is, 'Good luck,'” Trumbetti said. “They’re not ... handling everybody the same exact way. You're going to be violating our Constitutional rights, and we'll go ahead with a lawsuit against them and we will stay in business. There’s nothing that says we can’t be in business without a mercantile license ... We will be open.”

Smith claimed he and Trumbetti have tried to work with officials and proposed a plan to reopen responsibly, but have not received any official response.

“We've gone above and beyond to the point that shutting us down is absurd,” Smith said.
“We do more than anybody in the state has and we'll continue to ... We know we're on the right side of this thing and we know that we can protect people.”

According to Smith, the gym has had 14,000 customers visit since mid-June and not one case of coronavirus has been reported.

Trumbetti said Atilis is continuing to make enhancements to customer safety while he and Smith prepare to take their battle “all the way up to the Supreme Court.”

“I truly believe that, in the end, that the little guy is going to win,” Trumbetti said. “I really do.”

Smith told host Neil Cavuto that he's disappointed in the government's handling of the case and added it's "clear-cut" that officials, in this case, are working against the people.

"There's no excuse for the way that we've been treated," Smith said. "We started this peacefully and kept it peaceful the entire time."