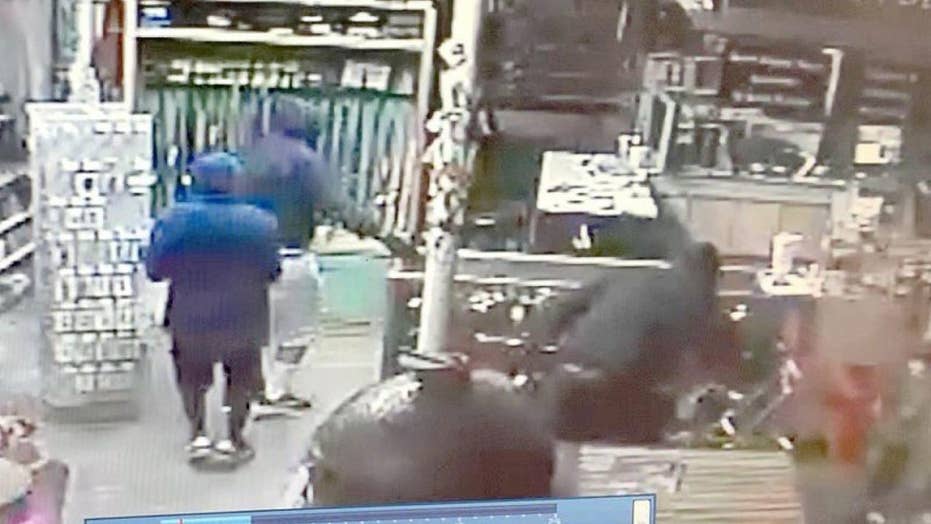 The incident occurred at about 3 a.m. on Friday and the burglary did not trigger an alarm, The Arkansas Democrat Gazette reported. The suspects, apparently emboldened, returned to the store in Prairie Grove about two hours later to steal a few more weapons, but set off the alarm during the reentry.

HOUSTON DAD SHOOTS SELF IN STOMACH WHILE TWIRLING GUN

They were in the store the second time and joined by a fourth person for four seconds. The suspects were not identified. A total of 79 guns were taken, including pistols, revolvers and rifles. They reportedly broke a glass case inside the store to remove the weapons.