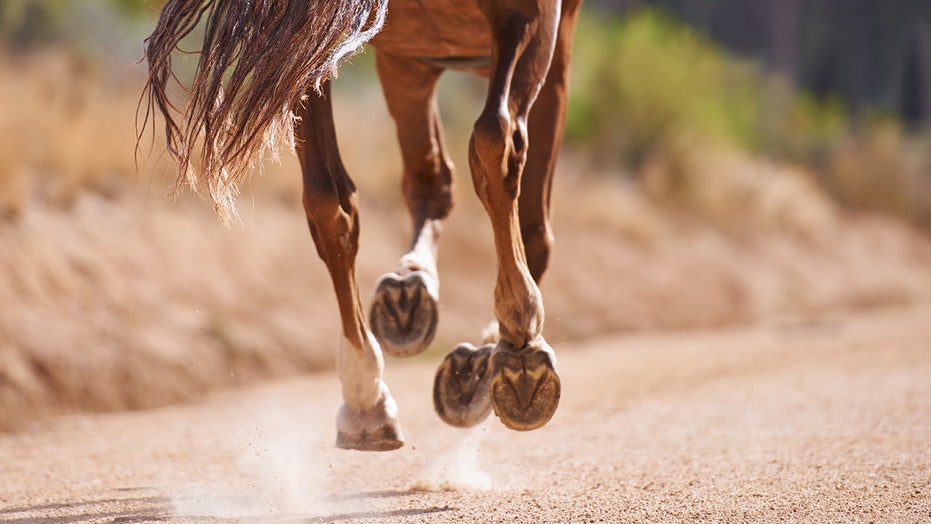 At least 14 roaming horses were fatally shot at a Kentucky strip mine site, authorities said, describing it as a "battlefield for just horses."

The horses were found along U.S. 23 near the Floyd-Pike County line, WYMT-TV reported Tuesday. Some were as young as a year and others were pregnant, authorities said.

“This is very inhumane and it's a very cruel act of somebody who just apparently had nothing else to do or whatever just to go back on a strip job and shoot down horses who were, one of them obviously was feeding, had grass in its mouth,” Floyd County Sheriff John Hunt said. "It looked like a battlefield for just horses."

Authorities initially counted 15 dead horses but downgraded the number after another count was conducted, officials told Fox News. The department is working with Dumas Rescue, an animal rescue group, to save any injured horses.

Tonya Conn, a spokeswoman for the group, said the horses had been scattered over a large area and that it appears they were hunted.

"Seeing them gunned down is ... beyond horrific," Conn said.