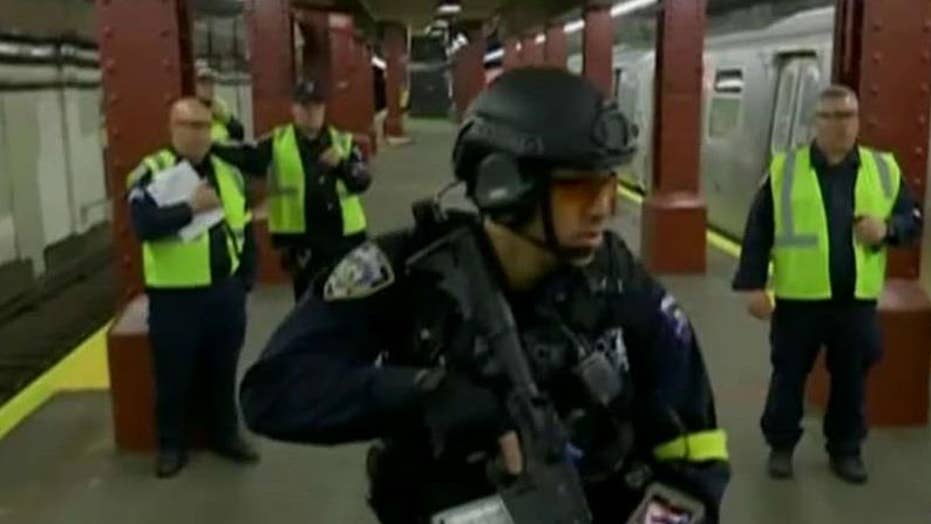 As the world-famous Macy’s Thanksgiving Day parade in New York City draws near, fears that Islamic jihadists could use the well-attended and televised event as an opportunity to unleash a deadly attack have law enforcement ramping up security even as officials assure tourists that there is no specific threat to the city.

Fears have been stoked in light of the deadly attacks in Paris and an ISIS video that featured a suicide bomber preparing to attack Times Square.

On Sunday, hundreds of emergency responders simulated a subway terror attack on Sunday, which included an “attacker” wearing a suicide vest.

"In New York City, we are, at this time, very well-prepared and continually improving that preparedness," Police Commissioner William Bratton said Sunday.

"In New York City, we are, at this time, very well-prepared and continually improving that preparedness."

The police commissioner said New York would send a law enforcement team to Paris when that probe was completed to learn as much as possible from those operations.

Mayor Bill de Blasio watched the drill, later calling it "an impressive display of the capacity of this city to respond."

An NYPD spokesperson told FoxNews.com that there is no specific threat against the city, although there will be a larger visible presence in the city. The Associated Press reported that security in the subways, Times Square and other prominent sites have been bolstered.

Bratton said that thousands of officers, including 1,300 counterterrorism officers, will patrol the parade route.

A spokesman for the Port Authority of New York and New Jersey told FoxNews.com that authorities will be on high alert around Thanksgiving.

"As the Thanksgiving holiday weekend approaches, the Port Authority Police Department remains on heightened alert at all of the agency's bridge, tunnel, rail, World Trade Center and other facilities, following the recent tragic terrorism incidents in Paris and elsewhere,” the spokesman said.

“Actions include increased patrols and checks of bags, buses, trucks and trains at agency locations. Travelers also are reminded to remain vigilant and report any suspicious activities to police or other authorities,” he said

A Macy’s spokeswoman told Reuters that security ahead of the parade would be “extensive.”

“As with any public event in New York City, security elements are extensive – from the very visible presence of law enforcement officers to wide-ranging behind-the-scenes security operations,” she said.

On the federal level, Fox News is told that a bulletin went out Monday to federal, state and local law enforcement on the lessons to be learned from the Paris attacks.

Fox News is told that the bulletin places heavy emphasis on the vulnerability of U.S. soft targets, specifically ISIS' demonstrated ability to target beyond "government, military and law enforcement officials and facilities."

The bulletin also spoke to the "high degree of operational security" demonstrated by the Paris attackers.