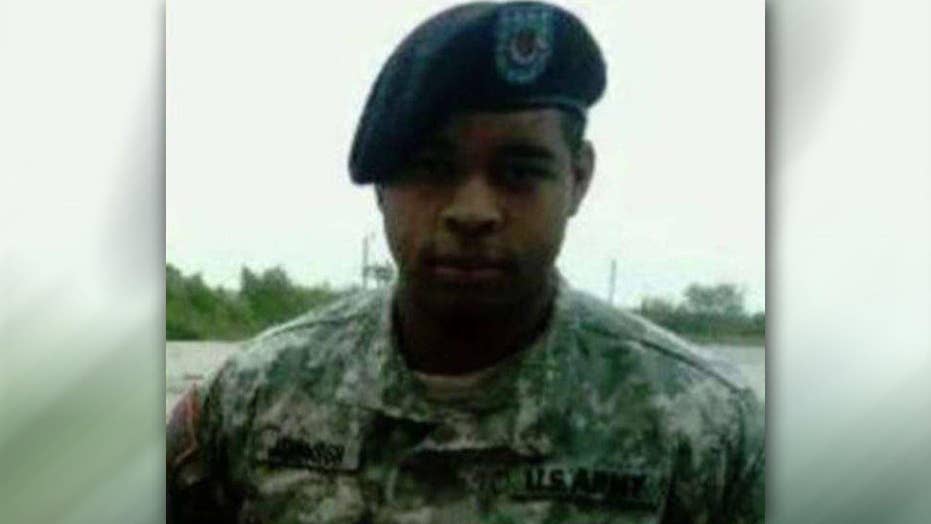 An arsenal of weapons - including bomb-making material - was found in the home of the sniper who shot five Dallas police officers Thursday night and then told police he “wanted to kill white people.”

Dallas Mayor Mike Rawlings later told a late afternoon press conference that he believed Johnson was "the lone shooter, a mobile shooter" with "written manifestos about how to shoot and move."

As the law enforcement community reeled from its deadliest day since 9/11, a troubling portrait emerged of  Johnson, 25, who was blown up by a police robot early Friday morning. One friend who served in his platoon during a tour in Afghanistan said Johnson changed after he came home.

"When he came back from Afghanistan, he got in touch with some bad folks and went all Black Panther," the man, who asked not to be identified, told FoxNews.com.

Johnson, who is believed to be from the Dallas suburb of Mesquite, confirmed his racial rage to police as he was holed up in the El Centro College parking garage in downtown Dallas.

Although a group calling itself the Black Power Political Organization claimed on its Facebook page that it was behind the attack, and that "more assassinations are coming," Brown said Johnson told police he was "not affiliated" with any group.

Still, Johnson, who wore a dashiki and held a fist aloft on his Facebook page, had a temper and owned "a lot of guns," according to the friend.

"He did have some anger issues but never said he would hurt anyone," the friend said, adding with distrubing irony, "His shots were terrible."

According to a senior U.S. defense official, Johnson enlisted in the U.S. Army reserves in 2009 and rose to the rank of private first class. He had one deployment to Afghanistan from November, 2013 to July of 2014. Upon returning, he remained an inactive reserve until May, 2015, when he was honorably discharged.

"He was absolutely normal, a really good friend. We lost touch once he deployed to Afghanistan and I stayed back," the friend told FoxNews.com. "I don't really know how or why it got to the point it did."