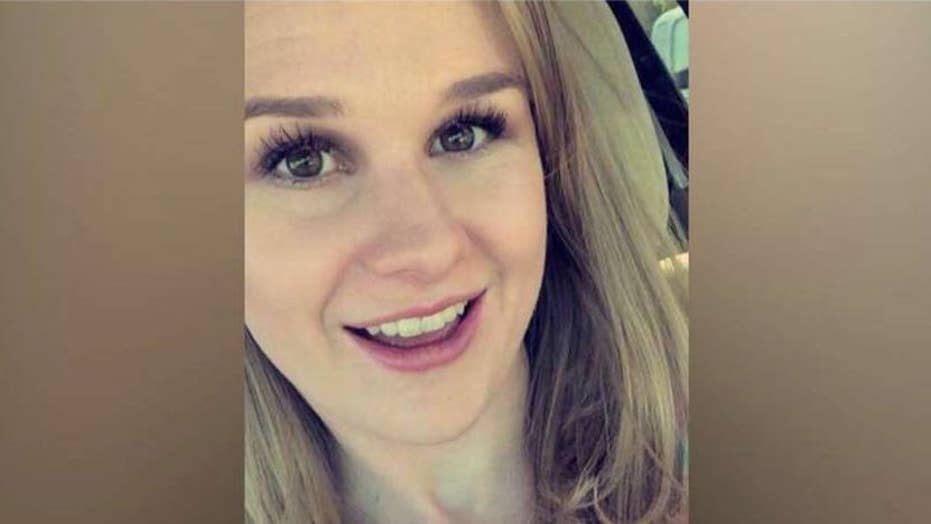 Salt Lake City police announce they have taken a person into custody in connection with the disappearance of the 23-year-old college student; Matt Finn has the latest.

Police have charged a man with aggravated murder in the "tragic and horrific" killing of missing University of Utah student Mackenzie Lueck, officials announced Friday.

The suspect, identified as 31-year-old Ayoola Ajayi, was taken into custody Friday morning after an investigation uncovered a fresh dig area, charred female human tissue and items belonging to the missing student in the backyard of his Salt Lake City home, police said. His neighbors, they added, had informed detectives they noticed Ajayi burning something with the help of gasoline around June 17, when Lueck was last seen.

“After an exhaustive week of investigation, we are filing charges of aggravated murder, aggravated kidnapping, obstruction of justice and desecration of a body in the homicide of Mackenzie Lueck," Salt Lake City Police Chief Mike Brown told reporters.

"I will not be saying the killer’s name again," he added, noting that the crimes were "tragic and horrific".

Lueck, 23, disappeared after meeting an unknown individual around 3 a.m. on June 17 near a park in Salt Lake City after being dropped off by a Lyft driver, according to police. Brown said Ajayi was the last person Lueck was communicating with before her disappearance and that phone records indicated they were both in the area around 3 a.m.

Brown said Lueck's parents were "devastated and heartbroken" when they were informed about her death.

“Salt Lake City is a tight-knit, caring, family-oriented community and I hope we can all work together to prevent this from ever happening again," he said.

Lueck's uncle, reading a statement on behalf of her family Friday, also said they would like to "express their gratitude" to all the law enforcement agencies that assisted in the investigation. He said her family is "grateful" of those who supported it.

The investigation into Lueck's death is now focusing on whether Ajayi acted alone or had help, Brown said.

Police searched Ajayi's Salt Lake City home this week and named him as a person of interest before arresting him Friday. During their search, they dug up holes in the home's backyard and removed items from the property for further forensic investigation.

The suspect recently expressed a desire to build a secret, soundproofed room with hooks on its walls in the basement of his home, a contractor revealed to Fox News on Friday.

Brian Wolf, who owns a home repair business in Utah, said Ajayi reached out to him in April and asked him to give him an estimate for the potential renovation project.

“He slowly added on other requests, like building a secret door and adding hooks to the wall,” Wolf told Fox News, adding that the ultimately turned down the job offer because he was "weirded out" by the requests.

A Facebook profile purportedly belonging to Ajayi contains images of him in a U.S. Army uniform.

He appears to have set up a profile on a website where aspiring models seek jobs.

“I am tall, buffed, Funny. I am a victim, Romantic, Violent and character actor,” the profile reads. The page contains several images of himself posing shirtless.

Ajayi also appears to have published an e-book last year titled “Forge Identity”, about a teenager who has witnessed violent murders and then has to decide whether “he will join the ranks of a criminal mastermind, or fight to escape the tyranny that has surrounded his young life.”

An author biography on an Amazon page where the book is listed claims Ajayi was born and raised in Africa, “survived a tyrannical dictatorship, escaped a real-life crime, traveled internationally” and “excelled professionally in several industries.”

On an Airbnb profile purportedly belonging to him – which has since been taken off the website -- Ajayi advertised two "beautiful and affordable basement rooms in the heart of [Salt Lake City] with shared common area" for $27 and $30 a night, at the house police searched this week.