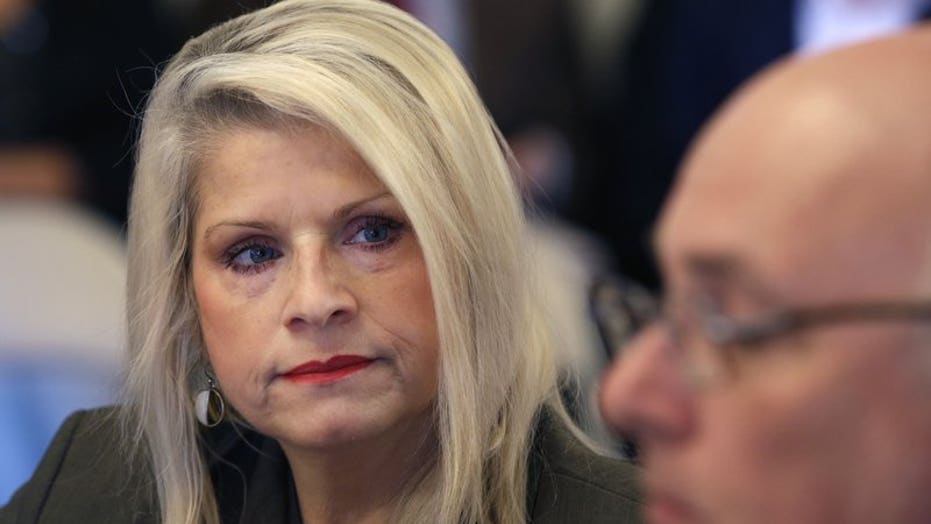 A former campaign staffer has been arrested in connection with this month's shooting death of former Arkansas state Sen. Linda Collins-Smith, according to reports.

Arkansas State Police identified the suspect as Rebecca Lynn O’Donnell, 48, of Pocahontas, Ark., and said that criminal charges were pending, but did not say whether they were seeking any other suspects in Collins’ death.

Collins-Smith, 57, was found dead at her home in Pocahontas. Authorities have released few details about the killing and haven’t said how or when exactly the ex-lawmaker was killed.

A judge last week granted a request by prosecutors to seal documents and statements obtained by police during the probe.

The Randolph County sheriff confirmed to Little Rock's FOX 16 that this photo is of Linda Collins-Smith (left) and suspect Rebecca Lynn O'Donnell. (Facebook)

Arkansas State Police have not released the connection between O’Donnell and Collin-Smith but a former communications director for the former Republican state senator told Little Rock's KTHV-TV that O’Donnell had worked on Collins-Smith’s most recent campaign and the two were friends.

No further details about the circumstances of the arrest, or a possible motive, were immediately available. Arkansas police said the investigation is ongoing.

Collins served one term in the state House and was originally elected as a Democrat in 2010. She changed parties and became a Republican in 2011, the year before the GOP won control of both chambers of the Legislature.

She was elected to the state Senate in 2014 and became known as one of the most conservative senators in the majority-GOP chamber. Last year, she lost her seat in the Republican primary.

Collins and her husband, retired Circuit Judge Philip Smith, got divorced last year and were in the middle of a legal fight over their properties, including a motel.

Her funeral is set for Saturday morning in Pocahontas. Collins’ two adult children and father said earlier this week that they were saddened and angered by the killing.