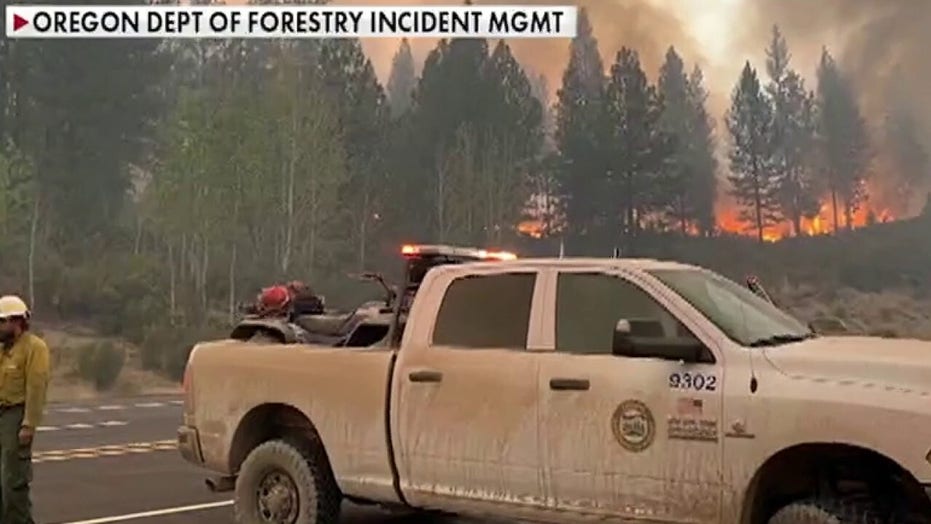 Over 500K people in Oregon under evacuation order amid wildfires

Four have been arrested on suspicion of arson in West Coast areas already under seige from major destructive and deadly blazes, according to reports.

As wildfires continue to rage across three states, police investigated separate incidents near existing wildfires. Two men in Washington state, one man in Oregon and one woman in California are facing charges, according to the Daily Wire.

The latest reports suggest that at least 20 people have died in California, eight in Oregon and one in Washington state as firefighters struggle to contain already deadly fires.

Ashland, Ore., Police Chief Tighe O'Meara announced Thursday that a criminal investigation was opened into the cause of the Almeda fire calling the circumstances around the fire 'suspicious'.

The fire sparked in Ashland Tuesday and although it mostly spared the Oregon Shakespeare Festival town, the blaze has killed two people and destroyed hundreds of homes.

Police accused Michael Jarrod Bakkela, 41, of starting a separate fire near the railroad tracks in Phoenix, Ore., Oregon Public Broadcasting reported. In a statement, the sheriff’s office said that while the Almeda fire burned, “residents witnessed Bakkela lighting a fire behind their house on Quail Lane.”

Anita Esquivel was arrested in Monterey County, Calif., after starting fires near Highway 101, though the number of fires was not released, according to KION.

The district attorney dismissed suggestions that Esquivel had ties to far-left groups, such as Antifa.

Two unidentified men were arrested in connection to fires in Washington: One man allegedly started a fire on State Route 167 at Meridian, while another man was detained a day later allegedly starting a fire at State Route 512, the Daily Mail reported.