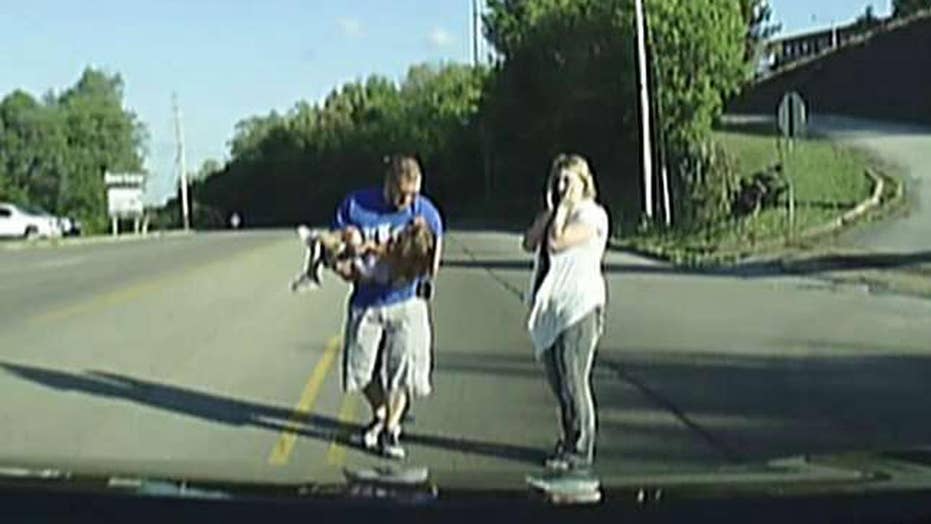 Firefighter helps girl after she falls out of moving bus

Moment was caught on camera

HARRISON, Ark. – An Arkansas Volunteer firefighter comes to the rescue after a little girl falls out of the back of a bus. His dash camera, running the entire time.

A licensed EMT and volunteer firefighter for Crawford county is seen driving down highway 65 in Harrison when the back door of a bus flings open and a four-year-old girl is hanging onto it. She falls to the pavement and the bus continues to drive away.

He says she was unconscious at first but started to wake up when he approached her. He picked her up and carried her off the road where he laid her on a truck bed in a nearby parking lot and got to work keeping her conscious and checking her vitals.

"Then the shock kicked in in her little body and she started kicking and screaming and "where's my mommy?"  and things like that, stuff like that is really heartbreaking," Ciampoli says.

It took about five minutes for paramedics to get to the scene and transport the child to the hospital.

Her mother says she has a broken jaw and will need surgery but is expected to be okay. She says she is not blaming the driver of the bus and she just wants to focus on her daughter's recovery. The girl's father says she should be released from the hospital on Monday.