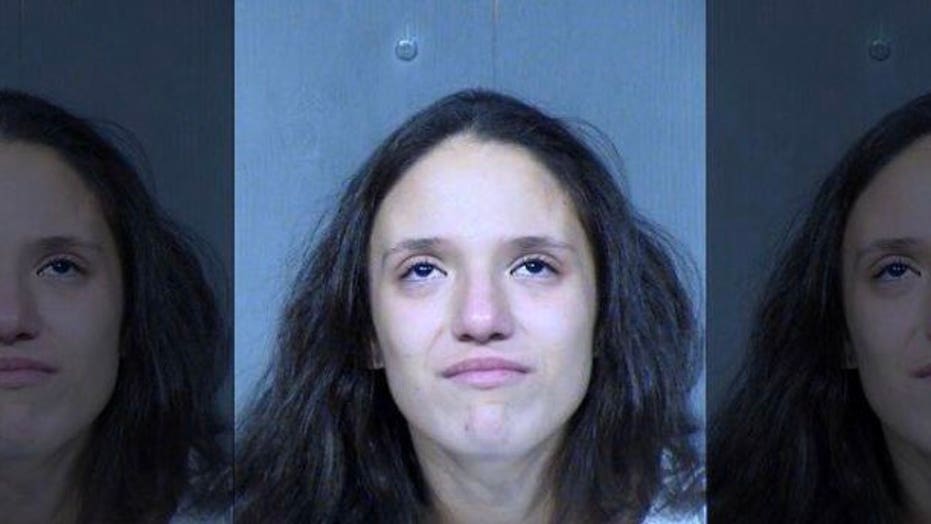 A 22-year-old Arizona woman was charged Tuesday with the death of her three children, who she allegedly smothered to death before arranging them on the living room sofa in a napping position.

Rachel Henry is facing three counts of first-degree murder after authorities say she admitted to them in a police interview that she had smothered her 3-year-old son, and nearly 2-year-old and 7-month-old daughters, according to a statement by Phoenix Police Sergeant Mercedes Fortune, Fox 10 reported.

According to the police report, an interviewee, whose name was redacted from the report, told officers that Henry had a methamphetamine addiction and "had been acting strange" in the days leading up to the incident.

"Rachel admitted to smothering each child starting with the 1-year-old female," the police report said.

Henry allegedly told police she was wrestling on top of the 1-year-old and felt the baby's "breathing was obstructed" but continued to place her hand over the child's mouth.

The toddler kicked Henry as she began to suffocate, and Henry's 3-year-old son yelled, "No," in an attempt to get her to stop.

Henry told police she knew her daughter was dead "when she stopped kicking," the report said.

Henry's son began punching his mother, and she chased him through the house before two other unnamed residents returned to the home.

She then took her son into the bedroom to change his underwear, placed him on the floor, and straddled him, placing her hand over his nose and mouth, and "used her weight on top of" him to kill him, she told police. While doing so, she said she sang to him as he scratched her chest and pinched her.

Next, she took her 7-month-old daughter into the bedroom, fed her a bottle until she fell asleep, and smothered her with her hands over her face while singing her a song.