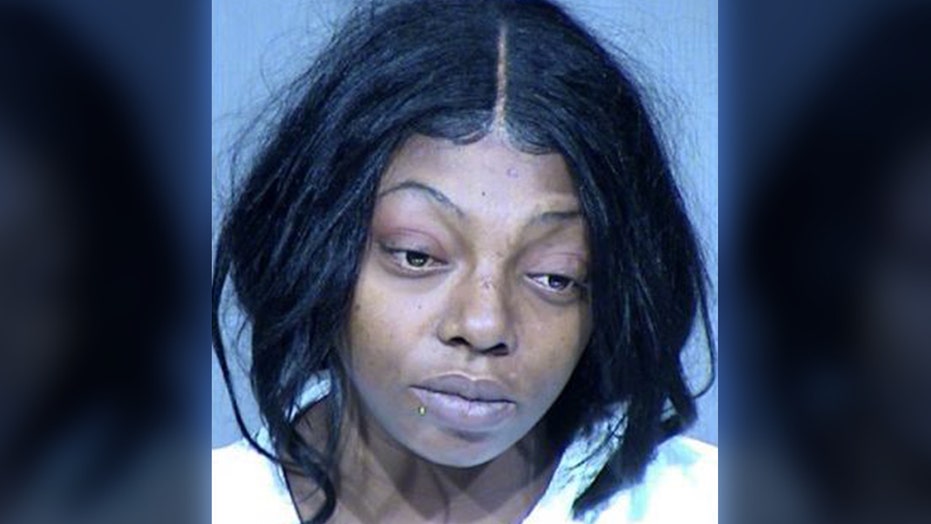 A 13-year-old boy was seriously injured on Saturday after his mother accidentally shot him during a fight outside an Arizona home, police said.

Phoenix police said the shooting unfolded in the backyard of a home on East Taylor Street around 5:20 p.m. on Saturday.

They said the 13-year-old was in the backyard when a man named Michael Wilson, 59, confronted an unwanted guest outside, which led to a fight.

Police said the teen’s mother, Tonya Monroe, 41, went to get a gun from their home to break up a fight and accidentally fired it, striking her son. (Phoenix PD)

Police said the teen’s mother, Tonya Monroe, 41, went to get a gun from their home to break up the fight and accidentally fired it, striking her son.

The 13-year-old was taken to a nearby hospital with serious injuries. Doctors later listed him in stable condition, according to police.

Wilson was accused of drug and weapons possession. The unwanted guest, who did not report any injuries, did not cooperate with investigators, police said.

Investigators said they developed probable cause to arrest Monroe and Wilson based on interviews and evidence found inside the home.

The investigation was ongoing.