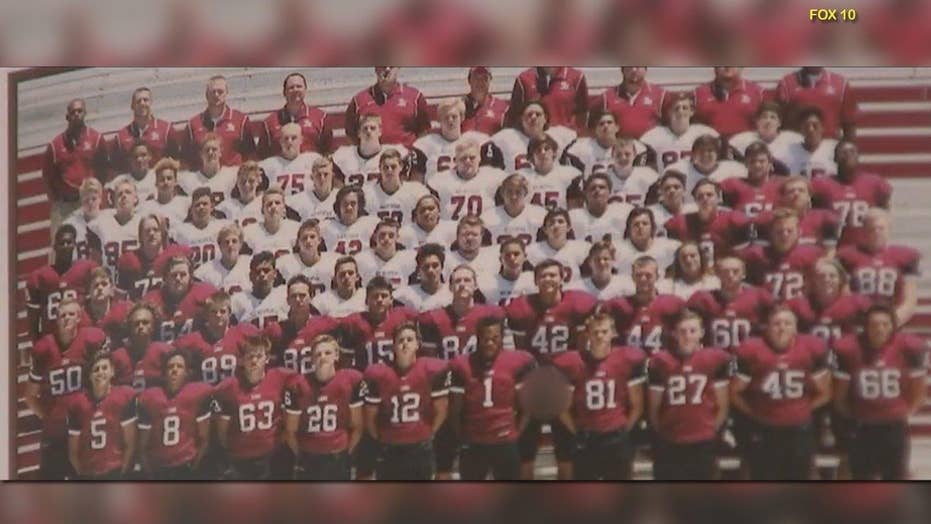 Authorities in Arizona said Tuesday a high school football player was arrested after learning the teen had exposed himself in a team picture for the school’s yearbook.

Mesa police said Hunter Osborn, 19, was dared by a teammate to expose his penis when the team photo was taken on the school bleachers. The photo was put into the Red Mountain High School yearbook and the team program.

Authorities said the yearbook was given out to students and faculty before school officials were aware of the graphic photo.

Osborn, who was 18 at the time the photo was taken, faces 69 counts of indecent exposure based on the students and staff who were present at the time the picture was taken. Mesa Police Department spokesman Steve Berry told The Arizona Republic Osborn faces one other count of furnishing harmful items to minors.

“The district is dismayed by the actions of the students involved in the photograph. Their behavior does not reflect the values of Red Mountain High School or Mesa Public Schools,” Mesa Public Schools spokeswoman Helen Hollands said in a statement.

Hollands said the yearbook has been recalled to edit the photo.

Osborn was ordered to wear an ankle monitoring device, according to Fox 10 Phoenix. He's due in court for a preliminary hearing on May 20.

A petition has surfaced on Change.org, demanding that the teacher overseeing the yearbook be fired.

As of early Wednesday, the petition had more than 2,000 signatures.