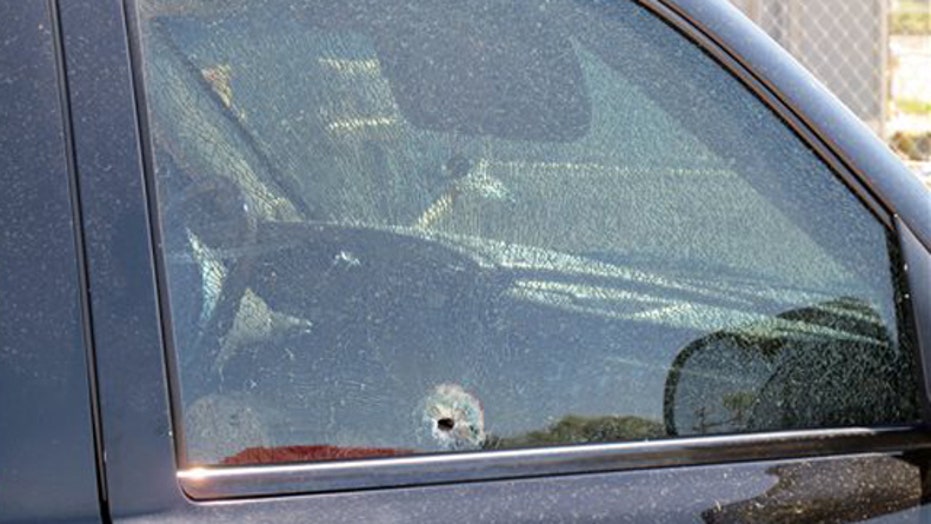 Nine vehicles hit by gunfire along stretch of Interstate 10

Arizona's state police said Tuesday that nine different vehicles have been hit by gunfire or other projectiles while traveling along an eight-mile stretch of Interstate 10 in Phoenix over the past ten days.

None of the incidents have resulted in fatalities, but Arizona Department of Public Safety Director Col. Frank Milstead warned, "It’s just a matter of time, if this continues, that we have tragedy on our roadways."

Milstead said investigators had not confirmed that all of the incidents were shootings. At a news conference Tuesday, he used the word "projectiles" instead of "bullets." The colonel also declined to say whether the events were the work of a single person, saying that some may have been the work of copycats.

The first shooting took place on Aug. 29, when gunfire shattered the window of an SUV. A tour bus that was empty except for the driver was targeted later that day, A third vehicle was damaged late that night, but investigators said the driver did not spot the damage until the next day.

Other vehicles that have been damaged include a work truck and a car driven by a Phoenix police sergeant on his way to work that had its passenger window shot out Tuesday morning.

People in the damaged vehicles heard loud noises, but some did not realize that they had been hit until much later. The only reported injury so far was sustained by a 13-year-old girl whose ear was cut by broken glass.

Authorities also announced Tuesday that a reward for information leading to the arrest and conviction of those responsible for the incidents had increased to $20,000 from $5,000.

“If you drive that stretch of roadway, be hypervigilant,” Milstead said. “Do not be distracted while you’re operating your car or truck.”