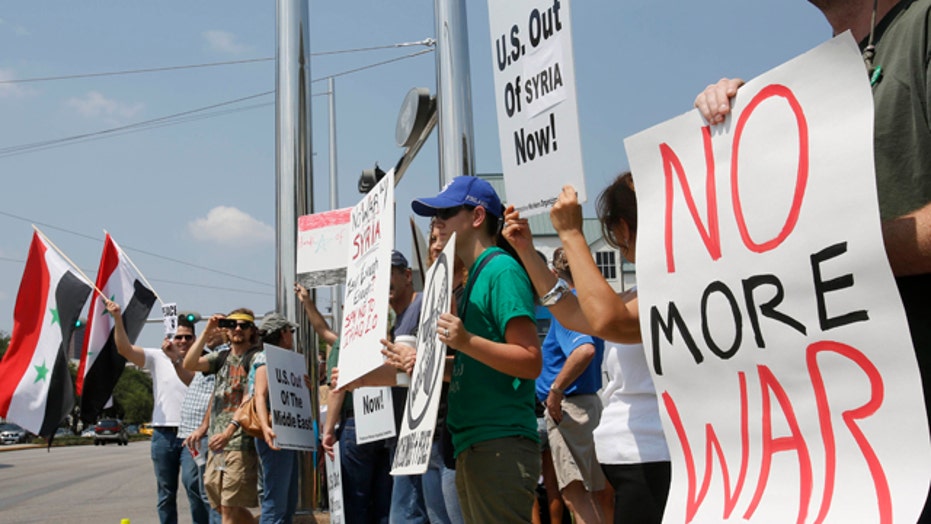 Syrian church in US: Military action will make things worse

The Archbishop of the Syriac Orthodox Church of Antioch, for the Eastern U.S., spoke out Wednesday against U.S. military intervention in the region.

H.E. Cyril Aphrem Karim told Fox News’ Lauren Green that he opposed the strikes against Bashar al-Assad’s regime and hoped the U.S. can instead reach a peaceful resolution.

“We as a people of faith, as Christians, are against violence in all of its forms,” Karim said on FoxNews.com Live’s “Spirited Debate.” “There should be a peaceful resolution of the conflict there.”

Karim also voiced concerns about who would replace Assad if he was ousted.

“We don’t believe that toppling the regime there will help the Syrian people in general … because we do not know who comes after Assad if Assad is toppled,” said Karim. “Are we going to end up like Afghanistan, for example? Where Al Qaeda affiliate groups are very active now and they are killing Christians and Muslims at the same time?”

Al Qaeda-linked fighters have been helping Syrian rebels in their battle against regime forces, but splits among rebel groups have been reported. Karim says there has been fighting between the Syrian rebels, the Free Syrian Army and Al Qaeda affiliate groups.

Karim also said he did not see “convincing evidence” that the Assad regime was responsible for the alleged chemical attack, saying rebel forces could have launched the attack.

Extremist groups fighting alongside rebels have been blamed for the kidnapping of two Syrian archbishops in April.

“The kidnapping of these two archbishops for the last three months is a message not only for these archbishops, but a message for all Christians in Syria that you are not welcome here; that tomorrow when we take over you have no place in our country. You either convert, or you are thrown out or killed,” said Karim.