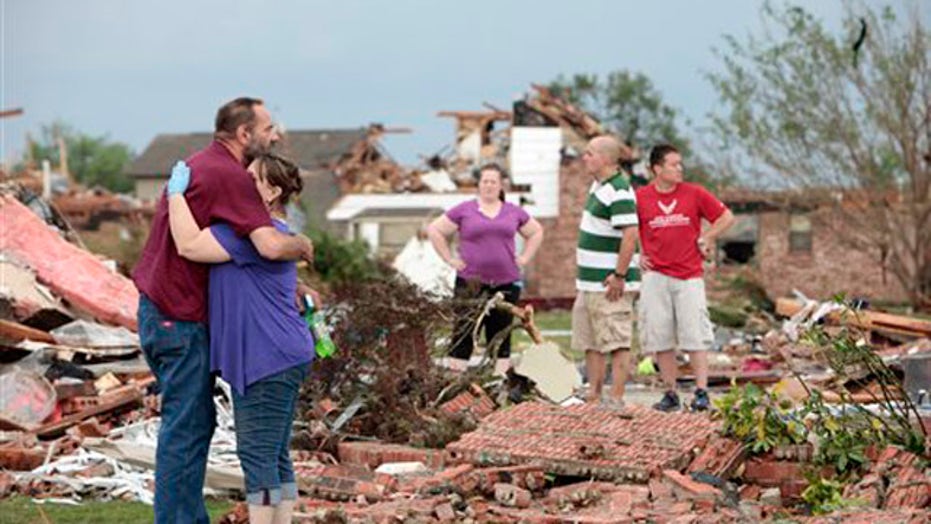 Okla. resident: I lost everything

MOORE, Okla. – I left the office as soon as I saw the tornado warnings on TV. I had photographed about a dozen twisters before in the past decade, and knew that if I didn't get in my car before the funnel cloud hit, it would be too late.

By the time I got to Moore, all I could see was destruction. I walked toward a group of people standing by a heaping mound of rubble too big to be a home. A woman told me it was a school.

I expected chaos as I approached the heaping mounds of bricks and twisted metal where Plaza Towers Elementary once stood. Instead, it was calm and orderly as police and firefighters pulled children out one-by-one from underneath a large chunk of a collapsed wall.

Parents and neighborhood volunteers stood in a line and helped pass the rescued children from one set of arms to another to get them out of harm's way. Adults carried the children through a field littered with shredded pieces of wood, cinder block and insulation to a triage center in a parking lot.

They worked quickly and quietly so rescuers could try to hear voices of children trapped beneath the rubble.

Crews lifted one boy from under the wall and were about to pass him along the human chain, but his dad was there. As the boy called out for him, they were reunited.

In the 30 minutes I was outside the destroyed school, I photographed about a dozen children pulled from under the rubble.

I focused my lens each one of them. Some looked dazed. Some cried. Others seemed terrified.

But they were alive.

I know students are among those who died in the tornado, but for a moment, there was hope in the devastation.