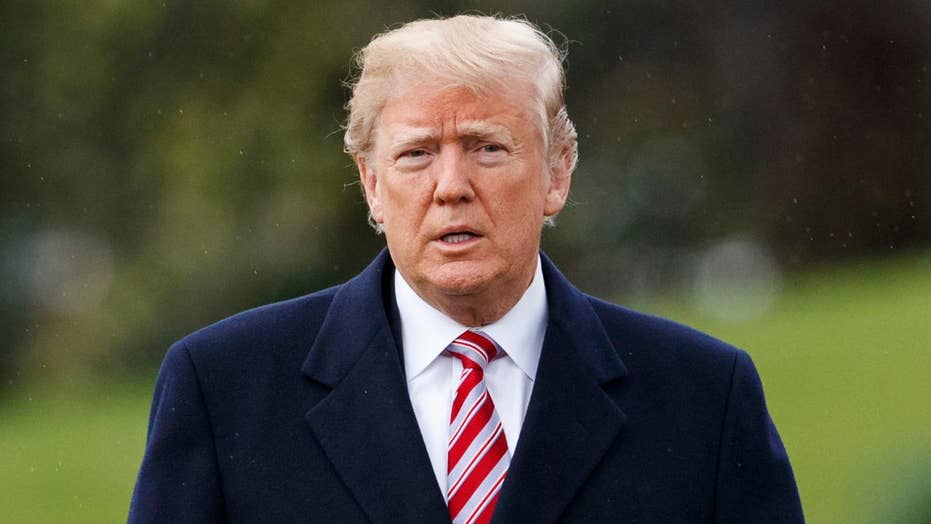 A new Advanced Placement honors American history textbook has not been distributed to students yet but it’s already stirring controversy for being anti-Trump and suggesting his supporters are angry xenophobes.

Tarra Snyder, a student at Rosemount High School in Minnesota, who saw a copy of the book sent to her school, told Fox News she was “appalled” after seeing how “blatantly biased” the newest edition of “By the People: A History of the United States” was toward Trump and his voters. She said it also glossed over all issues then-Democratic presidential candidate Hillary Clinton faced during her campaign.

"There are specific parts where it goes off the rails from a historical textbook toward an op-ed," Snyder said..

She told “Fox & Friends” she’s just raising a red flag and bringing attention to what was inside the textbook.

“It was really, really surprising to me,” she said. “I really believe that learning should be objective and that students can make their own decisions based on what they’re able to learn in a classroom, and if the facts are skewed then students aren’t able to make well-rounded decisions on what they believe.”

The textbook – published by British-owned, Pearson Education, and authored by New York University professor James Fraser – is currently being pitched to public high schools in an effort to get them to buy the latest edition.

A new AP history textbook that covers the 2016 election is coming under fire for being "blatantly biased" against Trump and his supporters. (Courtesy of Terra Snyder)

Pearson spokesman, Scott Overland, told Fox News the textbook was “developed by an expert author and underwent rigorous peer review to ensure academic integrity.” He added that it was “designed to convey college-level information to high school students” and “aims to promote debate and critical thinking by presenting multiple sides” of the 2016 election.

Overland added that they welcome feedback for their texts and are willing to meet with concerned parents and teachers “as a part of our longstanding commitment and track record of providing unbiased and accurate materials.”

Alex Clark, co-host of The Joe and Alex Show on WNOW in Indianapolis, Ind. tweeted the book was the latest example of “an effort going on in public school to indoctrinate kids with an anti-conservative agenda.”

The final section of the book, titled “The Angry Election of 2016,” is highly critical of Trump.

“Most thought that Trump was too extreme a candidate to win the nomination, but his extremism, his anti-establishment rhetoric, and, some said, his not-very-hidden racism connected with a significant number of primary voters,” Fraser wrote.

Trump voters are described as “mostly older, often rural or suburban, and overwhelmingly white” while the book uses the viewpoint of Clinton voters to describe Trump’s supporters as fearful, backwards, sexist people who supported a mentally ill candidate.

“Clinton’s supporters feared that the election had been determined by people who were afraid of a rapidly developing ethnic diversity of the country, discomfort with their candidate’s gender, and nostalgia for an earlier time in the nation’s history,” the textbook says. “They also worried about the mental stability of the president-elect and the anger that he and his supporters brought to the nation.”

A new AP history textbook that covers the 2016 election is coming under fire for being "blatantly biased" against Trump and his supporters. (Courtesy of Terra Snyder)

The book also bashes police for its handling of the Ferguson riots.

In a section titled “Black Lives Matter,” Fraser wrote that after the shooting of Michael Brown, Brown’s “parents were kept away at gunpoint.” He paints a negative view of police while glossing over violent tactics carried out by some rioters, critics say.

“The nearly all-white police force was seen as an occupying army in the mostly African American town…the police increased the tensions, defacing memorials set up for Brown and using rubber bullets on demonstrators,” he wrote.

According to his bio, Fraser wrote the book to “help make U.S. History courses more lively, with a focus on the agency of everyday Americans or many different communities, times, and places.”