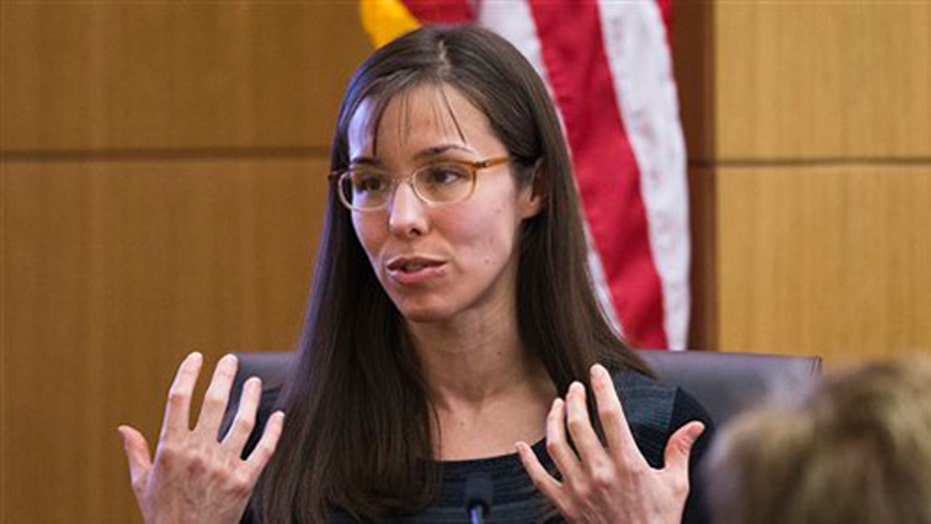 PHOENIX – A juror was released Friday from the high-profile Jodi Arias murder trial, the second jury member to be dismissed this month.

Another juror was dismissed on April 2 for misconduct for allegedly making statements that showed a bias.

That leaves the jury with 11 men and six women. Twelve jurors eventually will be selected at random to decide the fate of Arias, who claims she killed her 30-year-old lover in self-defense at his suburban Phoenix home in 2008.

Prosecutors say Arias, 32, planned the attack in a jealous rage.  She faces a possible death sentence if convicted of first-degree murder.

On Friday, psychotherapist Alyce LaViolette was back on the witness stand a day after jurors had roughly 100 questions for her.

LaViolette, a defense witness, has been testifying for more than a week about her conclusion that Arias was a victim of abuse at the hands of Travis Alexander in the months before his death.

Arizona is among a few states where jurors have the legal right to pose questions to witnesses through queries read by the judge.

The questions have ranged from how the witness can know that Arias isn't lying to queries about her childhood and claims that the Alexander abused her.

Alexander suffered nearly 30 knife wounds, was shot in the head and had his throat slit at his suburban Phoenix home. Arias' palm print was found in blood at the scene, along with nude photos of her and Alexander from the day of the killing.

The prosecutor and defense attorney in the case have been presenting dueling portraits of Alexander: as a man who feared for his life as he tried to distance himself from Arias or as a manipulative liar who courted multiple women while claiming to be a virgin.

No evidence -- other than Arias' accounts -- has been presented at trial showing Alexander had ever been physically violent.

Arias initially denied involvement then blamed it on masked intruders. Two years after her arrest, she said it was self-defense.

The trial has dragged on for more than three months, and has at times devolved into bizarre testimony about graphic sexual encounters and fairy tales.

The case has grown into a worldwide sensation as thousands follow the trial via a live, unedited Web feed. Twitter has been full of comments, as spectators express their opinions on everything from Arias' wardrobe to prosecutor Juan Martinez's angry demeanor. For its fans, the Arias trial has become a live daytime soap opera.

"I just got caught up in all of it," said Kathy Brown, 49, who is a regular attendee.

She said she has a cousin on death row, and started coming to watch the trial out of curiosity.

A few weeks ago, as several dozen trial fans gathered outside the courthouse, Brown approached Martinez and had him autograph her cane.

"I just love watching him," she said. "I love the passion he has."

In fact, people have flown in from around the country for a chance to score a seat in the gallery, lining up in the morning as they're chosen on a first-come, first-served basis.