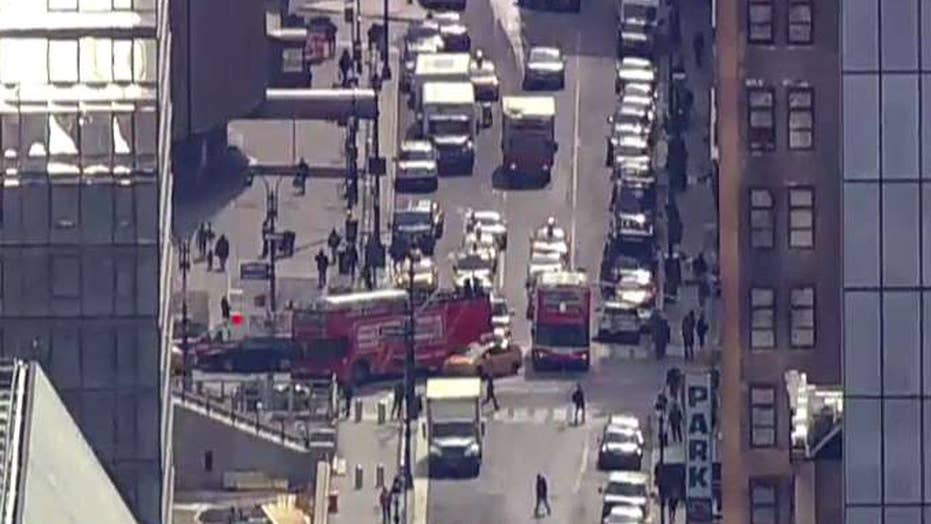 NEW YORK – Amtrak is accelerating repair work at New York's Penn Station beginning next month, and warns of more delays for already frustrated commuters -- though it offered no specifis about how many tracks will be closed.

Amtrak announced Thursday it will begin replacing tracks and signals in May and will continue the work through the summer.

Service on Amtrak, New Jersey Transit and the Long Island Rail Road will be affected; the nation's busiest rail station is used by 600,000 passengers each day and has 21 tracks.

Amtrak CEO Wick Moorman said the work was to have been spread out over a few years, but recent events prompted the decision to do the work more quickly.

Commuters have endured major delays several times in the last month due to derailments and electrical problems. The recent derailments and delays have focused attention on the country's crumbling infrastructure.

Evening rush hour commuters look at the departures board while at Penn Station, Friday, April 14, 2017, in New York. A New Jersey Transit train with about 1,200 passengers aboard is stuck in a Hudson River tunnel between New York and New Jersey. Authorities say the Northeast Corridor train became disabled Friday due to an Amtrak overhead power problem. (AP Photo/Mary Altaffer)

Amtrak's Thursday announcement is a departure from its previous stance, which dictated that repairs would be conducted during off-peak hours and on weekends.