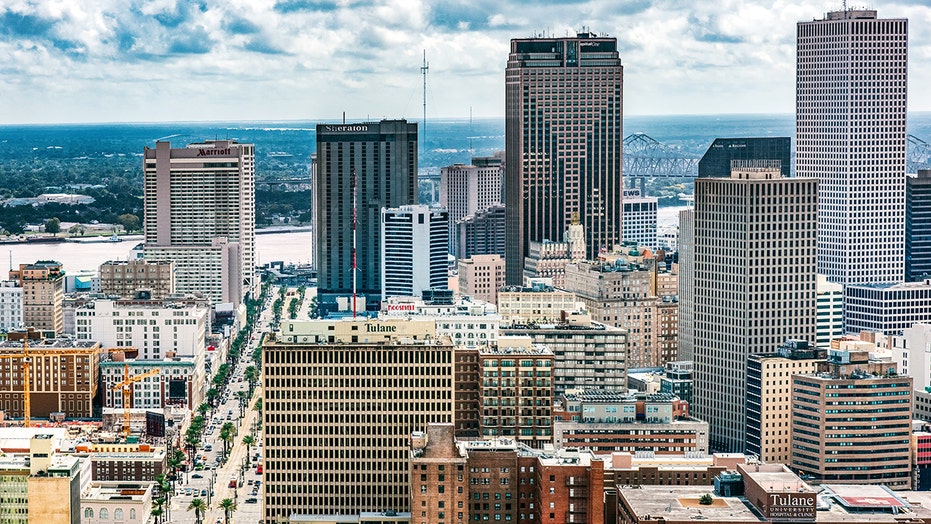 If you live in one of these cities, better make sure you have a good umbrella.

While many think locations in locations in the Pacific Northwest such as Seattle and Portland are metropolitan areas where the rain gauges are always full, it turns out the cities that see the most amount of precipitation are thousands of miles away in the other part of the country.

In fact, there are five U.S. cities in the Southeast that see the greatest amount of precipitation per year, on average.

Using 30-year average monthly precipitation totals from the National Oceanic and Atmospheric Administration from 1981 to 2010, these cities have the greatest amount of precipitation each year. The list includes locations with a population above 50,000 in the contiguous U.S.

Pensacola, Fla., sees an average of 61.20 inches of precipitation throughout the year. (iStock)

The city of Pensacola, Fla., gets an average of 61.20 inches of precipitation throughout the year. The city on the Florida Panhandle sees heavy rainfall throughout the year as weather systems interact with moisture from the Gulf of Mexico. The city is also at risk of tropical storms and hurricanes during the summer.

The city of Miami sees an average of 61.90 inches of precipitation each year.

Miami sees enough precipitation to be the fourth wettest city in the country. (iStock)

The Magic City can see gusty thunderstorms and tropical rains that can create flash flooding in some areas as local sewer systems are overwhelmed. The city also is under threat from rising sea levels related to climate change.

Just up the road from Miami, another South Florida location is among one of the wettest.

The city of West Palm Beach in Florida is one of the wettest in the country. (iStock)

The city of West Palm Beach gets around 62.33 inches of precipitation annually on average, according to NOAA.

Based on past trends, losses from flooding in Florida could devalue vulnerable homes by $30 billion to $80 billion, or about 15 percent to 35 percent, by 2050, according to a report in January from McKinsey Global Institute. Average annual losses for residential real estate due to storm surge from hurricanes amount to $2 billion today, but that projection could increase to about $3 billion to $4.5 billion by 2050, the McKinsey report said.

“Flooding in Florida could not only damage housing but also raise insurance costs, affect property values of exposed homes, and in turn reduce property tax revenues for communities,” the McKinsey report said.

The Big Easy has some big puddles as the city sees some 62.45 inches of precipitation each year.

On average, New Orleans sees some 62.45 inches of precipitation each year.

New Orleans is also particularly vulnerable to flooding because of its low elevation, according to the University of Wisconsin-Eau Claire. Only about half of the city is above sea level — a drop from what once was 100 percent, per The Atlantic, which cited human interference as a primary reason for why the city has sunk. A 2016 NASA study also said “natural geologic” factors played a part.

“When New Orleans was being constructed they ran out of good land. To make more room, engineers drained swamplands around the area so they could continue expansion. This drainage led to subsidence,” stated Wisconsin-Eau Claire, noting subsidence is “sinking or settling to a lower level, in this case, it was the earth’s surface sinking lower in relation to sea level.”

Even some of the city’s first settlers — primarily in New Orleans’ French Quarter, the original part of the city — knew to build their homes on elevated land. Those with the “means and resources” built homes on “prime real estate” — or on lots roughly 10 feet about sea level, the U.S. Federal Emergency Management Agency (FEMA) writes in its “History of Building Elevation in New Orleans.”

“Even during its very beginnings, New Orleans’ residents understood the value of land elevated above the flood-prone land they had chosen to call home,” the agency adds.

Mobile Alabama, sees on, average, 65.28 inches of precipitation each year, according to NOAA. (iStock)

The stars are not the only thing to fall on Alabama.

The city of Mobile along the Gulf Coast reigns supreme in terms of the most precipitation every year.

The city sees, on average, 65.28 inches of precipitation each year, according to NOAA.