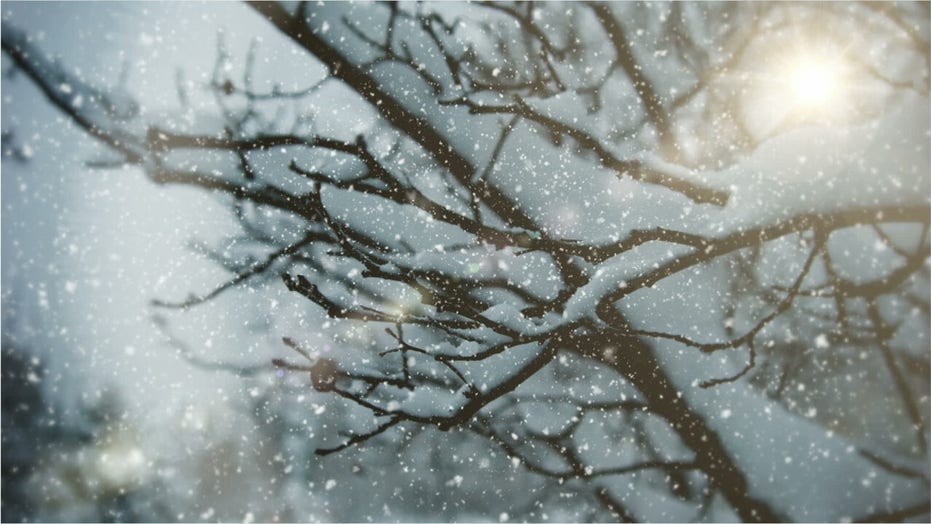 According to the National Oceanic and Atmospheric Administration these are America's top 5 snowiest cities.

If you live in one of these cities, better make sure you have a good shovel.

In the U.S., there are five cities that see the greatest amount of snow per year, on average.

Using 30-year-old average monthly snowfall totals from the National Oceanic and Atmospheric Administration through 2018, these cities have the greatest snowfall each year. The list  includes locations with a population above 50,000 in the contiguous U.S.

Duluth, Minn. sees an average of 83 inches of snow. (iStock)

The city of Duluth, Minn., gets an average of 83 inches of snow during the winter. The high in January is 18.9 degrees Fahrenheit, with an average low of 1.5 degrees. A powerful winter storm in December 2019 dropped nearly 2 feet of snow in Duluth.

The city of Flagstaff in Northern Arizona ranks among the top four snowiest cities in the country. (iStock)

The city of Flagstaff, Ariz. sees an average of 87.5 inches of snow during the winter. On Feb. 21, 2019, the city reached a new single-day snowfall record when a storm dropped 35.9 inches of snow, the NWS Flagstaff said.

The city of Rochester, N.Y., sees an average of 89.3 inches of snow during the winter. The average high in January is 31.7 degrees, with an average low of 17.6 degrees

The second snowiest city in the U.S. is Buffalo, N.Y. (REUTERS/Lindsay DeDario)

The city of Buffalo, N.Y., sees an average of 91.9 inches of snow during the winter. The average high in January is 31.2 degrees, with an average low of 18.5 degrees.

In 2014, a lake-effect snowstorm dropped more than 5 feet of snow in areas just east of Buffalo, leading to 14 fatalities, hundreds of major roof collapses and thousands of stranded motorists.

There was so much snow from the storm, the National Football League had to move a Buffalo Bills game from a Sunday afternoon to a Monday night because side streets in the area were buried. The Bills estimated at the time that more than 220,000 tons of snow needed to be removed from the stadium in Orchard Park.

Syracuse University campus covered by heavy snow. The city of Syracuse is the snowiest city in the U.S., based on 30-year average totals. (iStock)

The snowiest city in America also happens to be in New York. The city of Syracuse, N.Y., sees an average of 114.7 inches of snow during the winter. The average high in January is 31.5 degrees, with an average low of 15.7 degrees.

The top three snowiest cities in the U.S. are in a region impacted by lake-effect snow.

Between late fall and into winter, lake effect snow is common across the Great Lakes region when the cold air, often from Canada, moves in--especially in Michigan, Ohio, Pennsylvania, and New York. 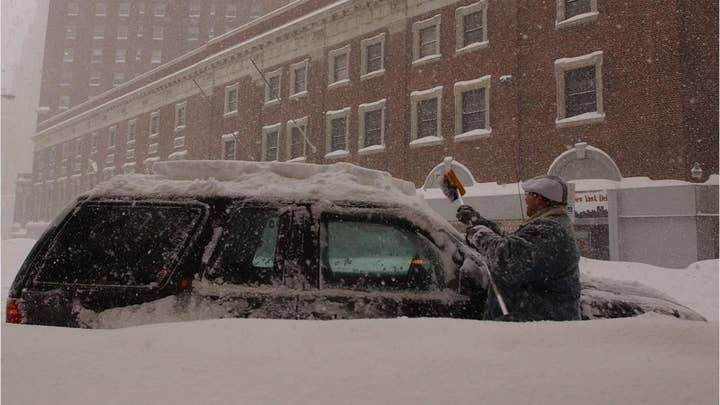 As the air rises and clouds form, they produce a narrow band of precipitation that drops between two to three inches of snow per hour or more in locations, according to the National Weather Service. A lake effect snow band can mean intense snow and limited visibility.

"As a cold, dry air mass moves over the Great Lakes regions, the air picks up lots of moisture from the Great Lakes," according to the National Severe Storms Laboratory. "This air, now full of water, dumps the water as snow in areas generally to the south and east of the lakes."