He called the costs "unprecedented."

The average price for a gallon of gasoline hit a record high for the second consecutive day on Wednesday, jumping 8 cents to $4.252, according to AAA. Biden announced on Tuesday a ban on all Russian oil and natural gas imports over Moscow's war on Ukraine. 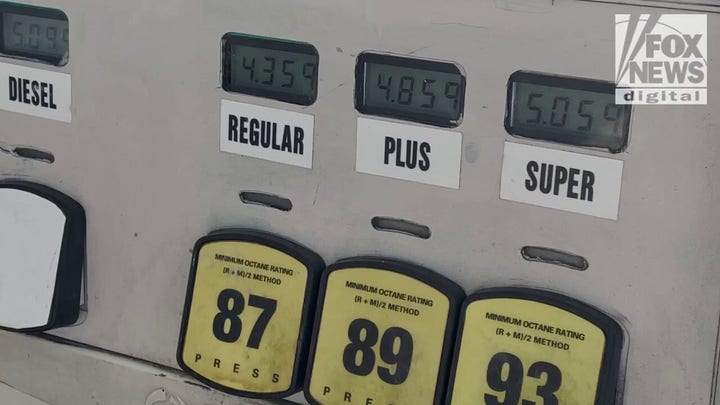 A Maryland man, Elmer, said he was paying $3.49 a gallon last week.

US COULD INCREASE GAS EXPORTS TO HELP EUROPE MOVE AWAY FROM RUSSIAN ENERGY, CEO SAYS

"You can run, but you can't hide from inflation," Elmer said. "It makes it so you don't want to drive."

Josh speaks with Fox News Digital about rising prices at the pump.

Another man, Malcolm, said: "If it goes up to six or seven dollars, then you talk more like, is it affordable for you to even go to work?"

A man named William told Fox News it's hard for people living paycheck to paycheck to be able to afford gas at $5 a gallon.

BIDEN ANNOUNCES BAN ON US IMPORTS OF RUSSIAN OIL, WARNS GAS PRICES WILL 'GO UP FURTHER'

Biden, in his remarks Tuesday, acknowledged that the ban on Russian oil would cost the American people and said the crisis "should motivate us to accelerate a transition to clean energy."

Millie speaks with Fox News Digital about the economy.

A woman named Millie said: "The economy is kind of going bad. I hope that it gets better."

"I hope that Biden's doing his job and is really trying to help the people," she continued. "Especially during this pandemic, now, a lot of people aren't working and people don't have the money for gas prices like that."

Elmer told Fox News: "I didn't know we were dependent on [Russia] for oil. Nobody told me until this happened. So it is all a surprise."

Breck Dumas and Brooke Singman contributed to this report.