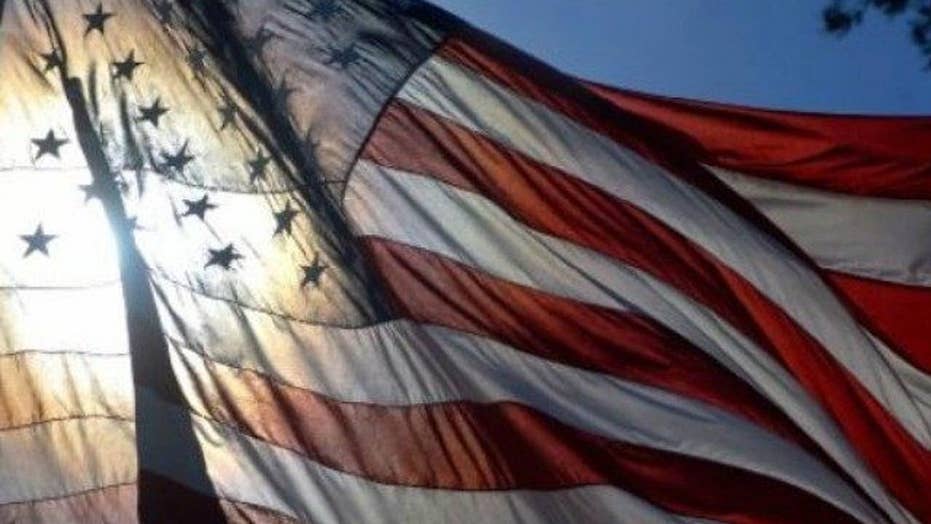 New calls to remove the American flag from sporting events

Virginia high school students and their principal proudly showed support for the American flag after getting backlash for waving Old Glory from the backs of some of their cars.

A few students, however, weren't too happy to see the stars and stripes in the school's parking lot, Godwin senior Joseph Baskette said.

"Freedom isn't free," Baskette told WRIC. "We know what it takes, we know what it costs and we are very thankful that these students are signing up to go and fight for us."

Why are @HenricoSchools students at Godwin High School flooding the parking lot with American flags? Find out tonight on @8NEWS at 6. pic.twitter.com/KyAAJzkT6A

Baskette and fellow classmates decided to fight back -- by putting more flags up.

"Friday after school, went to Lowes and put about three more flags on my friends' cars. I helped them get those on," Baskette said.

Word quickly spread through the school and the patriotic display became the talk of the day on Friday.

"It represents so many things. Equality. Independence. All the stuff that our forefathers and all them worked for and that means a lot," Colter Mahon, another Godwin High School student, said.

Godwin High School Principal Leigh Dunavant addressed the incident in an email to parents that day, applauding the students for their patriotic display.

"I really think that [Dunavant] did the right thing in supporting the students. I just loved it. It doesn’t get any better than that," parent Jody Baskette told WRIC.

And the flags are still going up. This Friday, students are planning to park their vehicles in a "patriotic formation" in the school's parking lot.

Godwin High School did not immediately respond to Fox News' request for a statement.