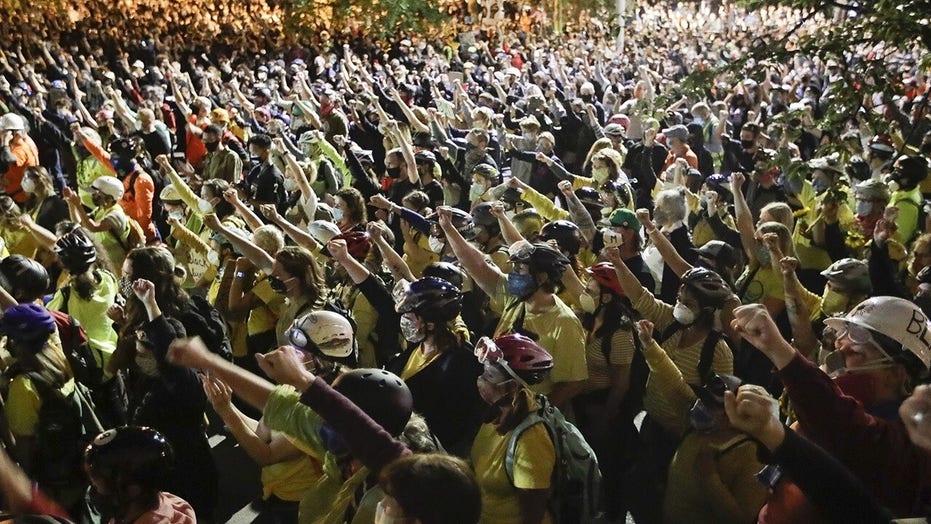 Several cities across America are bracing for more demonstrations and violent rioting this weekend after another night of lawlessness and unrest boiled over into the early hours of Sunday morning, as Antifa and militia groups prepare for further battle against police officers and counter protesters.

Tensions have been heightened at recent demonstrations against racial injustice since federal officials were sent to quell riots in Portland, Ore., that have continued for more than 50 straight days since the May 25 death of George Floyd while in police custody in Minneapolis.

While opposing, heavily armed militia groups in Lousiville, Ky., avoided violence during demonstrations, riots were declared in Portland and Seattle, following a familiar pattern of peaceful protests devolving into destruction and attacks on police.

Demonstrators push on a fence as tear gas is deployed during a Black Lives Matter protest at the Mark O. Hatfield United States Courthouse on Saturday in Portland, Ore. (AP Photo/Marcio Jose Sanchez)

The chaos in Portland saw rioters break through a reinforced fence surrounding the Mark O. Hatfield U.S. Courthouse in the city’s downtown, police said. The courthouse has been a target for rioters, who have repeatedly vandalized and damaged the building over multiple nights. Federal officers have recently been assigned to the building.

The huge crowd outside the courthouse included the Wall of Moms and the Wall of Vets. Meanwhile, a Portland resident told Fox News last week that Antifa also has been present at the protests.

Gabriel Johnson, a 48-year-old Black man and retired Marine, said that after he went to protest outside the courthouse with his American flag in hand on July 19, he was called racial slurs and members of Antifa followed him home. 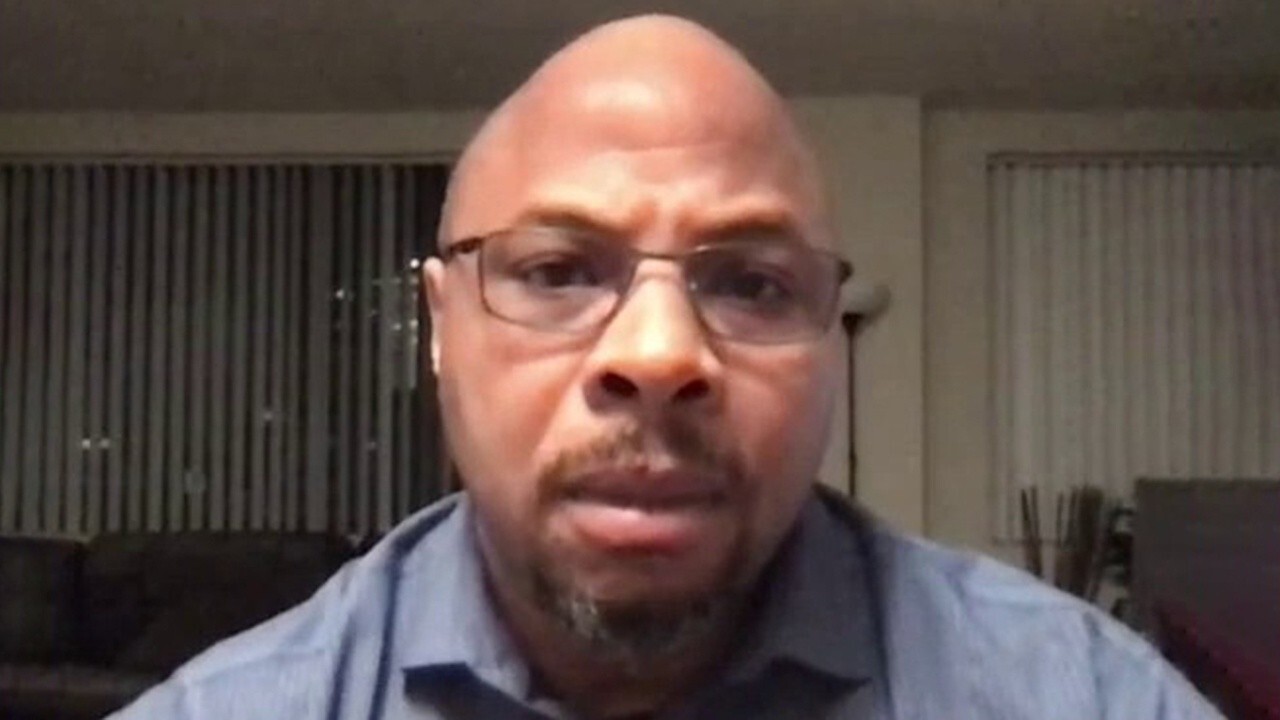 Gabriel Johnson tells 'Fox &amp; Friends' what happened when he tried to bring a message of unity to the protests.

People in the crowd Saturday night threw rocks, bottles, and unknown liquids over the fence, and were shining lasers and launching fireworks at the building, police said.

As officers tried to disperse the crowd, police said they were hit with bottles and paint balloons. People also shot mortar-style fireworks at officers from the ground and from parking garages.

Portland police said CS gas and other munitions were used to help disperse the crowd. However, many people wore gas masks and wielded makeshift shields, umbrellas, and leaf blowers to try and thwart police attempts to break up the groups.

The crowd dissipated just before 2:30 a.m., police said. Several arrests were made.

In Seattle, thousands of protesters had initially gathered peacefully near downtown in a show of solidarity with fellow demonstrators in Portland. Those protests also turned violent leading into Saturday night.

Protesters broke through a fence where a youth detention facility was being built, with some people setting a fire and damaging a portable trailer, Seattle police said.

At least one rioter broke through a fence line at the police department’s East District precinct and threw an explosive device that left an 8-inch hole in the side of the building.

At least 45 people were arrested for assaults on officers, obstruction, and failure to disperse, police said. Twenty-one officers were left with mostly minor injuries. One officer was treated at a hospital for a knee injury.

Antifa also has reportedly been present in Seattle, where members allegedly made a list of businesses to target and destroy, Canadian news outlet the Post-Millenial reported. The list reportedly included Whole Foods and Starbucks.

The reoccurring unrest in Portland and Seattle happened as protests and violence unfolded in other cities across the country.

Opposing armed militias marched during the day in Louisville, Ky., where Breonna Taylor was killed by police officers in her apartment. Hundreds of armed, predominantly Black, activists demanding justice were met with a counter-protest from a White militia group. The groups avoided violence as police looked on in full riot gear.

Armed members of the "NFAC" march through downtown Louisville, Ky., toward the Hall of Justice on Saturday. Hundreds of activists demanded justice for Breonna Taylor during the demonstrations in her hometown that drew counter-protesters from a white militia group. (AP Photo/Timothy D. Easley)

Earlier in the day, a protester accidentally shot three members of his own group at a park where Black activists had gathered, police said. The victims, all of whom were members of the "NFAC" militia group, were taken to a hospital with non-life-threatening injuries.

A protester in Austin, Texas, was fatally shot, while another protester in the Denver, Colo., suburb of Aurora was also shot. The Colorado shooting victim was taken to a hospital in stable condition, police said.

Protesters in Aurora also broke windows to the courthouse and a fire was started in an office, police said. An unlawful assembly was declared, and police ordered protesters to leave the area.

Law enforcement officers in Richmond, Va., used chemical agents and flash bangs to disperse crowds after a dumpster was set on fire outside the Richmond Police Department headquarters, the Richmond Times-Dispatch reported.

Courthouses in two California cities were also targets for vandalism, which included graffiti and broken windows. A fire was set inside the Alameda County Courthouse in Oakland, while police in riot gear faced off against a crowd near Los Angeles' City Hall, according to local reports.