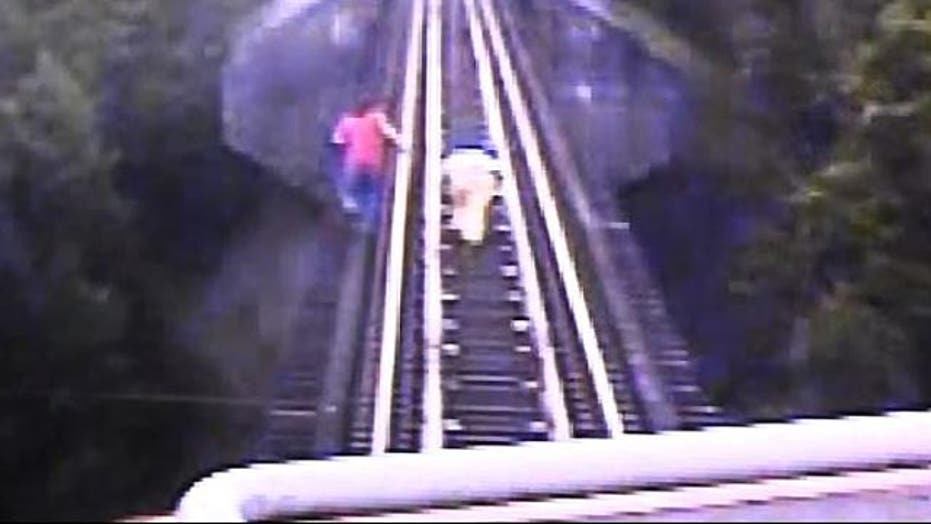 Two women in Indiana narrowly escaped death earlier this month when they found themselves trapped on a railway bridge -- right as a 14,000-ton freight train was bearing down on them.

The train was heading north near Bloomington, Ind. on July 10 when the two women were walking across the bridge, known as the Shuffle Creek Trestle, the Indiana Railroad said in a press release.

When the train's engineer noticed the women, he applied the emergency brake and repeatedly sounded the horn, but was too late to bring the train to a complete stop. As the locomotive passed over the women's path, he was sure they had been killed.

But the women quickly threw themselves down between the rails, allowing the train to pass over them.

Watch the video above, courtesy of the Indiana Railroad.