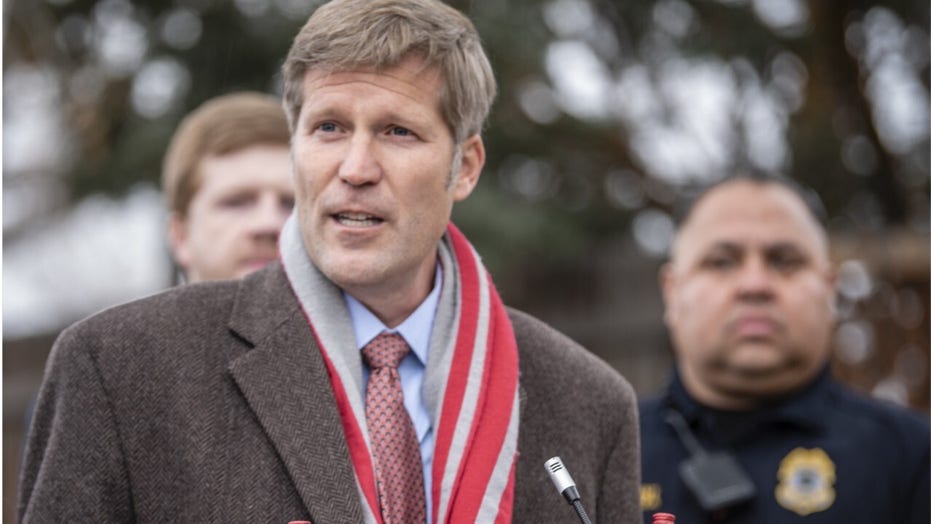 Albuquerque to send unarmed social workers to range of 911 calls

Hours before Albuquerque police detained alleged members of an armed civilian group when a protest erupted in gunfire Monday, the mayor of New Mexico's largest city announced that unarmed social workers – not officers – would now respond to certain 911 calls.

The decision came as Black Lives Matter advocates to defund police departments in the wake of the death of George Floyd, an unarmed black man who died in police custody after Minneapolis officer Derek Chauvin knelt on his neck for nearly nine minutes on May 25.

Albuquerque Mayor Tim Keller announced that the city would create a “first-of-its-kind” cabinet-level department that would respond to calls on inebriation, homelessness, addiction and mental health.

"We've placed more and more issues on the plates of officers who are not trained — despite their best efforts and despite some training — they're not totally trained to be a social worker, or to be an addiction counselor, or to deal with things around child abuse when they're just answering a call," Keller said. “We should have trained professionals do this, instead of folks with a gun and a badge.”

Keller, a Democrat, said the new group, Albuquerque Community Safety, would refocus millions of dollars through the budget process into a public health model with a civilian-based response. He added that the new model will allow police officers to focus their time on violent crime.

The mayor’s office said the new initiative was “not pretending that people will stop calling 911 or needing a first responder” and would not ask “police to do more without giving them more resources.”

Albuquerque Police Chief Mike Geier told The Washington Post that his officers were “relieved” by the new public safety model, which would make their workload more manageable, and was a “solution” for departments overwhelmed by calls and cases.

President Trump is expected to announce new police reform at the federal level on Tuesday.

Later Monday, the Albuquerque Police Department and its Emergency Response Team responded to calls about a shooting that broke out at a protest held near the city's Tiguex Park that called for the removal of a statue outside the Albuquerque Museum. Police used chemical irritants and flashbangs to protect officers and detain individuals involved.

“We are receiving reports about vigilante groups possibly instigating this violence,” Geier said in a statement. “If this is true will be holding them accountable to the fullest extent of the law, including federal hate group designation and prosecution.”

One man, who has not been identified by authorities, was shot and transported to University of New Mexico Hospital in critical but stable condition, according to Gilbert Gallegos, a spokesman for the Albuquerque Police Department. The FBI has been called in to aid in the investigation.

Protesters climbed “La Jornada,” a statue of 16th-century Spanish conquistador Juan de Oñate, the colonial ruler of the region now known as New Mexico. They tied a chain around the statue while chanting “Take it down,” and at least one person swung a pickaxe at the monument.

Demonstrators climb the statue of Don Juan de Onate in Old Town in Albuquerque, N.M., while an armed member of the New Mexico Civil Guard stands by during a protest calling for the removal of the likeness of the controversial New Mexico explorer Monday, June 15, 2020. (Adolphe Pierre-Louis/The Albuquerque Journal via AP)

A far-right armed civilian group that calls themselves the New Mexico Civil Guard claimed to have brought firearms to the protest to protect the monument.

Tensions began to rise between the two groups, and video showed a man wearing a blue shirt fell to the ground before protesters began advancing toward him, according to the Albuquerque Journal. That’s when the man in blue pulled out a can of pepper spray from his pocket and sprayed it. He then pulled out a gun and fired at least five times, striking another man once.

Albuquerque police officers were seen detaining men dressed in military fatigues and taking them into custody. The New Mexico Civil Guard is not affiliated with law enforcement.

“In order to contain the public safety risk, the City will be removing the statue until the appropriate civic institutions can determine next steps,” Keller tweeted.

“The shooting tonight was a tragic, outrageous and unacceptable act of violence and it has no place in our city. Our diverse community will not be deterred by acts meant to divide or silence us,” the mayor said. “Our hearts go out the victim, his family and witnesses whose lives were needlessly threatened tonight. This sculpture has now become an urgent matter of public safety."

New Mexico Gov. Michelle Lujan Grisham, a Democrat, said in a statement that “although we are still learning more about the situation” she was “horrified and disgusted” by the armed group who “flaunt themselves as a ‘civil guard,’” but were there to “menace” protesters.

"There is absolutely no space in New Mexico any violent would be 'militia' seeking to terrorize New Mexicans," she said. "The instigators this evening will be rooted out, they will be investigated, and they will be held accountable to the fullest extent of the law."

U.S. Sen. Martin Heinrich, a Democrat, has also called for the Justice Department to investigate the shooting, according to NPR.