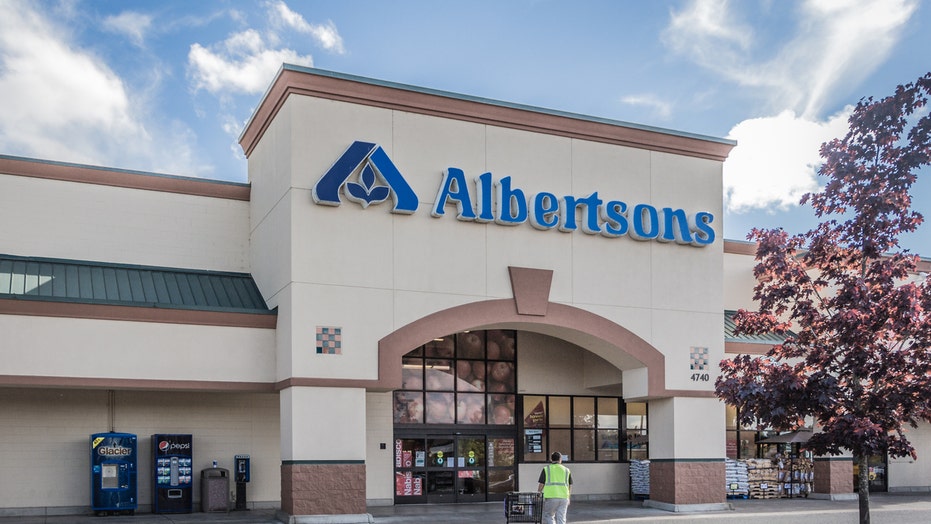 Following mass shootings last month in El Paso, Texas, and Dayton, Ohio, that left a total of 31 people dead, a few major supermarket chains have changed their policy in an attempt to limit gun violence.

Albertsons has joined a list of retailers -- including Walmart, Kroger, CVS and Walgreens -- that have asked shoppers to not openly carry firearms.

"We want our stores to feel safe & welcoming for all, so we respectfully ask customers to not openly carry firearms in our stores unless they are authorized law enforcement officers," the company said in a tweet.

Others responded to the tweet by Albertsons, including Dinah Miller, who wrote: "Thank you. No one needs a gun displayed around my Tom Thumb pharmacy or around little kids with their moms in the produce section. Signed, gun owner."

Albertsons has joined a list of supermarkets and stores that have asked shoppers to not openly carry firearms. (iStock)

The new supermarket changes will occur even in states where open-carry is legal in the hope it wards off potential shooters.

It's not clear how the companies will implement or enforce their new policies, although a Walmart spokesperson told TIME that employees will be trained on how to deal with customers who walk in with a firearm. Other changes by Walmart include an announcement last Tuesday detailing the end of handgun sales in Alaska, and the discontinuation of short-barrel rifle and handgun ammunition sales nationwide.

“We know these decisions will inconvenience some of our customers, and we hope they will understand,” company CEO, Doug McMillon said. “As a company, we experienced two horrific events in one week, and we will never be the same.”

McMillon noted the store wouldn’t change its policy and approach regarding concealed-carry permits.

JESSICA PHILLIPS: A WEEK AFTER A MASS SHOOTING, WE IN WEST TEXAS RISE WITH STRENGTH AND OUR FAITH

Walmart previously raised the minimum age for firearm and ammunition purchase to 21, while Kroger stopped selling both in its Fred Meyer locations as a response to the Marjory Stoneman Douglas Shooting in 2018.

The moves were praised by Democratic presidential contender Sen. Bernie Sanders, I-Vt, who called upon Senate Majority Leader Mitch McConnell, R-Ky., to stand up to the National Rifle Association (NRA). The NRA had responded to Walmart's new policy on Sept. 3., by posting on Facebook: "Walmart pulls a Dick's and disregards the Second Amendment."

The post refers to Dick's Sporting Goods decision to remove firearms and other hunting products from 125 of its stores. Nikolas Cruz, the Stoneman Douglas shooter, had previously bought a gun from Dick's, although it was not used in the attack.