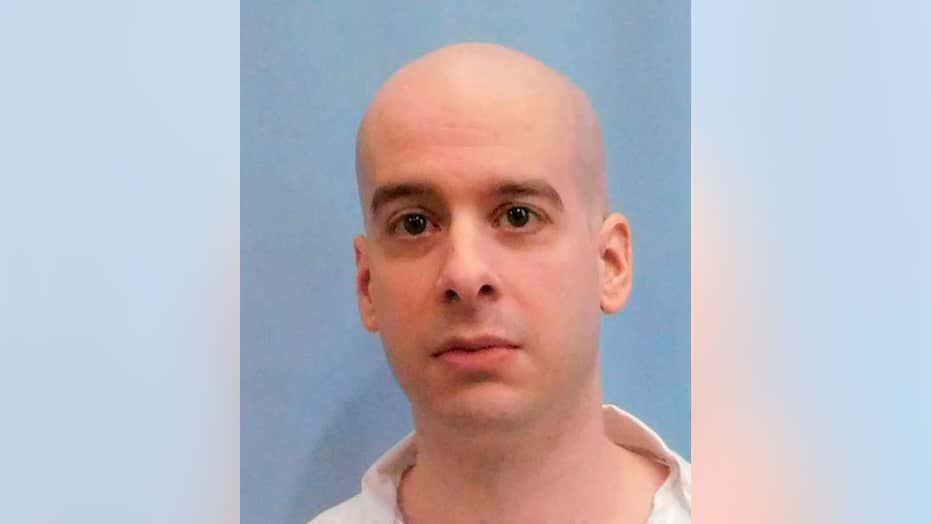 ATMORE, Ala. (AP) -- A man condemned to die for his role in a quadruple killing that followed a dispute over a pickup truck was put to death Thursday evening in Alabama, after declining to make any last-minute appeals in the hours preceding his execution.

Samra and a friend, Mark Duke, were convicted of capital murder in the deaths of Duke's father, the father's girlfriend and the woman's two elementary-age daughters in 1997. The two adults were shot and the children had their throats slit. Evidence showed that Duke planned the killings because he was angry his father wouldn't let him use his pickup.

In a last statement, Samra made a profession of Christian faith in the execution chamber.

"I would like to thank Jesus for everything he has done for me," Samra said as he lay strapped on a gurney with his arms extended. He ended with the word "amen."

After the drugs began flowing, Samra went still and his chest heaved three times. He took a few deep breaths and his head moved slightly. Then an officer checked to see if he was still conscious. A few moments later, Samra's hands curled inward, his chest moved like he was taking some breaths and his mouth fell slightly agape before he was pronounced dead.

The execution procedure began about an hour after the scheduled 6 p.m. start time, and Prison Commissioner Jeff Dunn said there was no particular reason for the delay. "There were no issues that I was aware of," Dunn said in a statement.

MAN FACES EXECUTION FOR KILLING WIFE DECADES AGO IN MEMPHIS

Dunn also released a statement from the families of the victims, who thanked law enforcement and the community for support.

"This has been a painful journey. Today justice was carried out," the statement said.

Seven relatives of the victims had planned to witness the lethal injection, prison spokesman Bob Horton said, but none of Samra's family wanted to attend.

The inmate had a final phone call with his father on Wednesday, he said. The execution came hours after Samra met with friends and a spiritual adviser.

Steven Sears, a lawyer for Samra, said the inmate received a denial of clemency from Gov. Kay Ivey's office about eight hours before the scheduled execution. Ivey's staff didn't respond to an email seeking comment.

Though Duke and Samra were both originally convicted of capital murder and sentenced to death, Duke's sentence was overturned because he was 16 at the time, and the Supreme Court later banned executing inmates younger than 18 at the time of their crimes.

Samra was 19 at the time and asked the U.S. Supreme Court to delay his execution while the Kentucky Supreme Court considers whether anyone younger than 21 at the time of a crime should be put to death, but the justices refused.

Samra's request for a gubernatorial reprieve was based on similar grounds. In a letter to the governor seeking mercy for the inmate, Samra's lawyer had said his client confessed to the slayings, expressed remorse and participated only at Mark Duke's request.

Court documents show Duke and Samra killed the four at a home in Pelham, a Birmingham suburb, on March 23, 1997. The day before, Mark Duke and his father, Randy Duke, got into a heated argument over the man's refusal to let the son borrow his truck.

After enlisting friends to help, Mark Duke killed his father with a gunshot to the face and Samra shot the man's girlfriend, Dedra Mims Hunt, who survived and fled to another part of the house.

Two other men who were teenage friends of Samra and Mark Duke at the time of the killings served prison sentences for lesser roles. David Layne Collums and Michael Lafayette Ellison, both now 39, were accused of helping plan and cover up the killings.

Another execution was carried out Thursday in Tennnessee, that of 68-year-old Don Johnson, who drew a death sentence for the 1984 suffocation of his wife in Memphis.