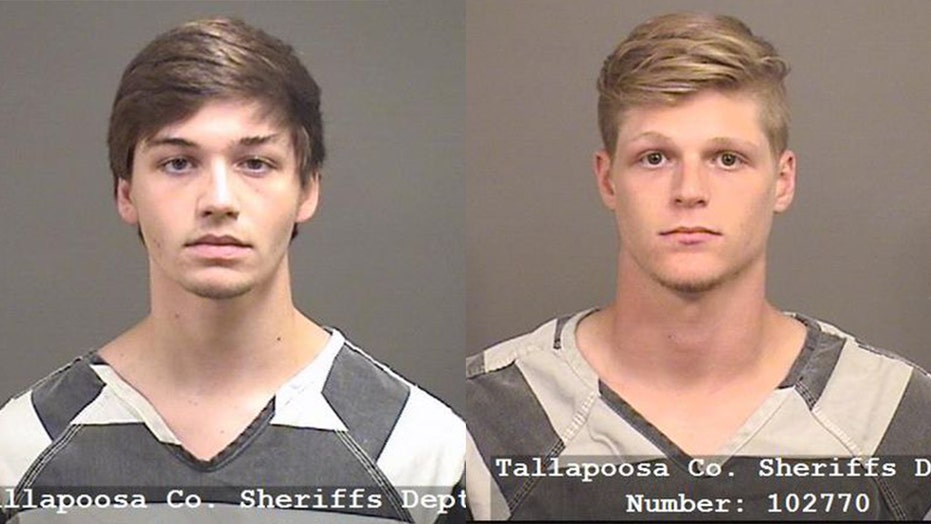 Two former Alabama college athletes were arrested after allegedly beating a duck with a baseball bat and leaving it to die, officials said.

Thomas “Landon” Grant and Jacob Frye, both 19, were charged after the May 5 incident in which a group of student baseball players who attended Central Alabama Community College in Alexander City allegedly snatched a duck after attending a party.

Thomas "Landon" Grant, left, and Jacob Frye, right, were charged with animal cruelty after they allegedly beat a duck with a baseball bat in May, officials said. (Tallapoosa County Sheriff's Department)

The students allegedly went to a pond, located on campus, and stole a white Muscovy duck, AL.com reported. Officials say they hit the duck with the bat, brought it to a nearby apartment, and placed it in a bag.

At that point, one of the students reportedly wanted to "put it outs of its misery," and allegedly beat the duck further, before throwing it away in a wooded area.

A coach was made aware of the incident shortly afterward and found the duck still alive in the woods. It was later euthanized, officials said.

A police investigation led to warrants against Grant, who was arrested May 31, and Frye, who turned himself in to police last week. Both men are charged with aggravated animal cruelty.