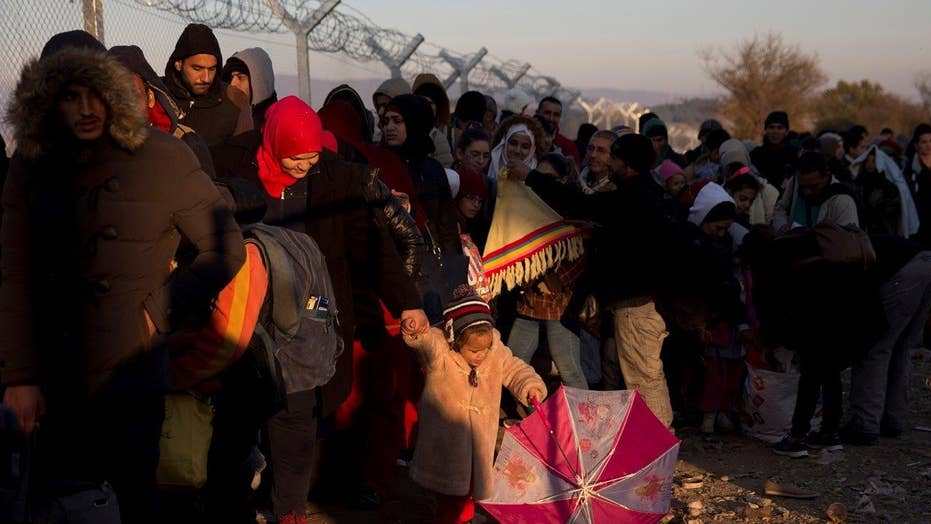 Texas faces off with White House over Syrian refugees

DALLAS – Syrian refugees are scheduled to arrive in Texas on Monday after the state eased up in its legal fight against resettlement agencies and the federal government.

Twelve Syrians, including six children, are expected to arrive in Dallas and Houston on Monday, joining relatives already settled in Texas. Another nine refugees are scheduled to arrive in Houston Thursday.

But two days after suing one resettlement agency, the International Rescue Committee, and federal officials, the state on Friday withdrew its request for an order immediately stopping the refugees from entering Texas. The lawsuit remains pending, and a judge could hear arguments in the case this week.

Texas took in nearly 250 Syrians before the Paris attacks. Federal officials said in court filings that they plan to resettle as many as 250 Syrians in Texas during the current fiscal year.

Governors in about 30 states since the attacks have said they don't want to accept any more refugees, though none have fought as hard as Texas. Advocates say connecting refugees to fears of terrorism is misguided, and federal officials say states don't have the power to refuse them.

The refugees expected in Texas include a family of six related to people already settled in the Dallas area. The family arrived in New York on Thursday night and stayed there through the weekend after originally being expected to go directly to Texas.

The family is expected to take an apartment in the same complex as several other Syrians. The lower-income complex in northeast Dallas is home to recent arrivals from around the world. Volunteers have collected furniture, hygiene products and other items for the apartment — including a bicycle each for the two children in the family.