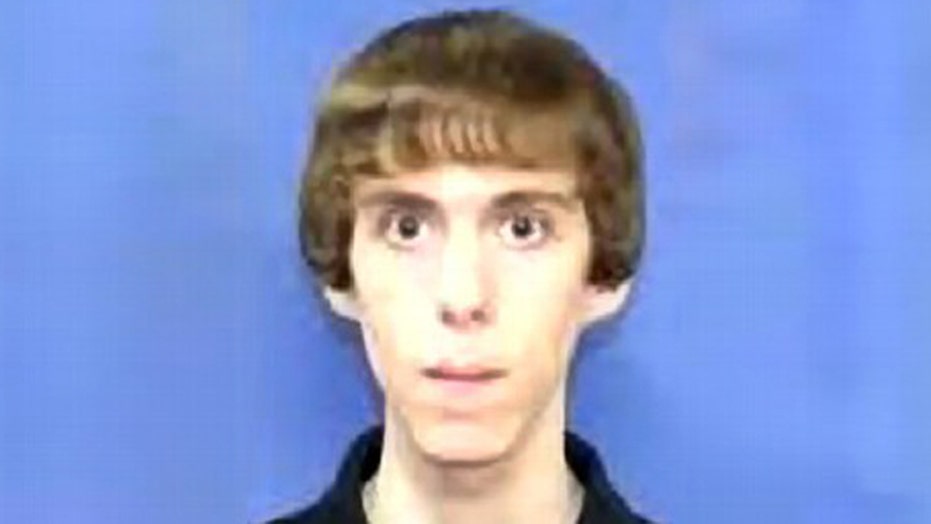 Father of Sandy Hook shooter speaks out for first time

Peter Lanza opens up about son in New Yorker interview

The father of Connecticut school shooter Adam Lanza said in his first interview about the massacre that what his son did couldn't "get any more evil" and he wishes his son hadn't been born.

In his most extensive comments since the shooting, Peter Lanza described his struggle to comprehend the actions of his son, who killed his mother then gunned down 20 children and six educators at the Sandy Hook Elementary School in Newtown in December 2012.

Lanza also told The New Yorker magazine in a series of interviews last fall that he believes Adam would have killed him, too, if he had the chance. And he often contemplates what he could have done differently in his relationship with Adam, although he believes the killings couldn't have been predicted.

"Any variation on what I did and how my relationship was had to be good, because no outcome could be worse," Peter Lanza told the magazine in an article dated March 17. "You can't get any more evil. ... How much do I beat up on myself about the fact that he's my son? A lot."

He said he hadn't seen his son in two years when Adam committed one of the deadliest school shootings in U.S. history. Adam killed himself as police arrived at the scene. He also fatally shot his mother, Nancy, in their Newtown home before going to the school.

The magazine interviews are Peter Lanza's first public comments since he released a statement the day after the massacre, when he expressed sympathy for the victims' families and puzzlement over his son's actions.

Peter and Nancy Lanza separated in 2001 and divorced in 2009. He last saw Adam in October 2010 and wanted to maintain contact with him. But Nancy Lanza wrote him an email saying Adam didn't want to see him, despite her efforts to reason with him. Several plans to meet with his son fell through. Peter Lanza said he felt frustrated and even considered hiring a private investigator to find out what his son was doing "so I could bump into him." He said he felt that showing up unannounced at his son's home would only make things worse.

Peter Lanza said Adam was 13 when a psychiatrist diagnosed him with Asperger's syndrome, a form of autism not associated with violence. But he believes the syndrome "veiled a contaminant" that wasn't Asperger's.

"I was thinking it could mask schizophrenia," said Peter Lanza, who lives in Fairfield County, Conn., and is vice president for taxes at a General Electric subsidiary, GE Energy Financial Services.

A spokesman for Peter Lanza said Monday that Lanza would not be commenting further.

Peter Lanza told the magazine that, as a young child, his son was "just a normal little weird kid" who used to spend hours with his father playing with Legos.

But as he grew older, Adam's mental health problems worsened, according to Connecticut State Police documents. A Yale University professor diagnosed Lanza in 2006 with profound autism spectrum disorder, "with rigidity, isolation, and a lack of comprehension of ordinary social interaction and communications," while also displaying symptoms of obsessive-compulsive disorder, the documents show.

Peter Lanza said his and Nancy Lanza's concerns about Adam increased when he began middle school.

"It was crystal clear something was wrong," he said. "The social awkwardness, the uncomfortable anxiety, unable to sleep, stress, unable to concentrate, having a hard time learning, the awkward walk, reduced eye contact. You could see the changes occurring."

After the killings, police investigators discovered that Adam Lanza had written violent stories as a child and later became interested in mass murders.

Peter Lanza believes his son had no affection for him at the time of the shootings.

"With hindsight, I know Adam would have killed me in a heartbeat, if he'd had the chance. I don't question that for a minute," he told the magazine.

Peter Lanza said he has searched psychiatric literature on mass killers to try to understand what happened. He was asked how he would feel if he could see his son again.

He said he wished Adam had never been born.

"That didn't come right away," Peter Lanza said about that statement. "That's not a natural thing, when you're thinking about your kid. But, God, there's no question. There can only be one conclusion, when you finally get there. That's fairly recent, too, but that's totally where I am."