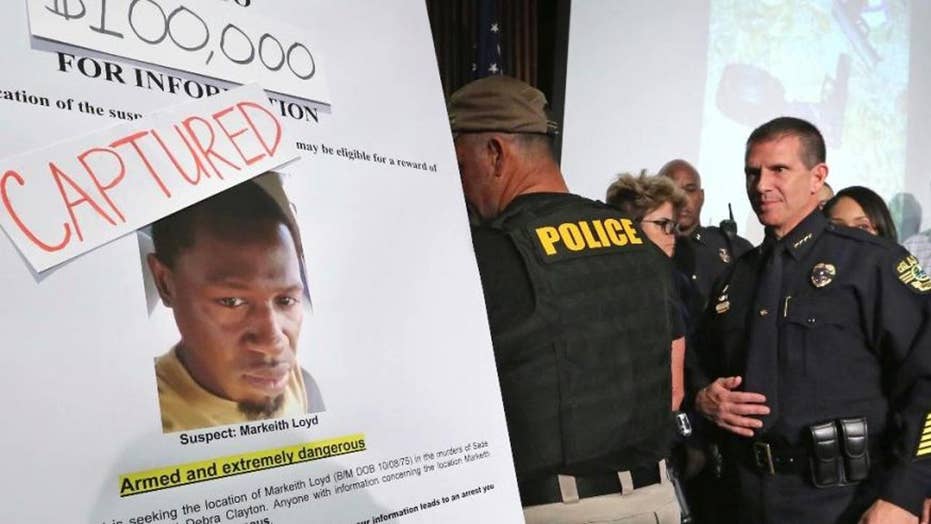 Still wearing a bandage over his left eye and with visible facial bruises, accused cop-killer Markeith Loyd on Thursday was found “competent” by a Florida judge to represent himself on charges that he murdered a police officer and killed his pregnant ex-girlfriend.

Judge Fred Lauten warned Loyd, 41, numerous times against cursing at him or others in the courtroom following Loyd’s expletive-laden outbursts during his initial court appearances earlier this month.

Loyd did not speak into a microphone and his answers – when he gave them – were often difficult to hear; however, he did at one point allege that someone “beat me” and he wasn’t provided a phone call. Lauten ordered that Loyd be allowed to speak to a family member to help decide if he would like an attorney for future court dates.

Lauten questioned Loyd on a variety of court minutiae to show Loyd there were areas where a lawyer may be helpful. Loyd often didn’t respond, but early on, when he didn’t know an answer, he told Lauten “It’d be my job to learn.”

“For this moment, I find that Mr. Loyd is competent to make the decision to waive counsel,” said Lauten, who added that he hoped Loyd would “carefully consider allowing” a court-appointed attorney to represent him.

Loyd was arrested Jan. 17 after a manhunt that lasted more than a week. He is accused in the killing of Lt. Debra Clayton outside a Walmart store and in the death of his pregnant ex-girlfriend, Sade Dixon, last month.

Loyd was injured by officers while being taken into custody at an abandoned house. Orlando Police Chief John Mina said a use-of-force investigation is being done, although no officer has been placed on leave.