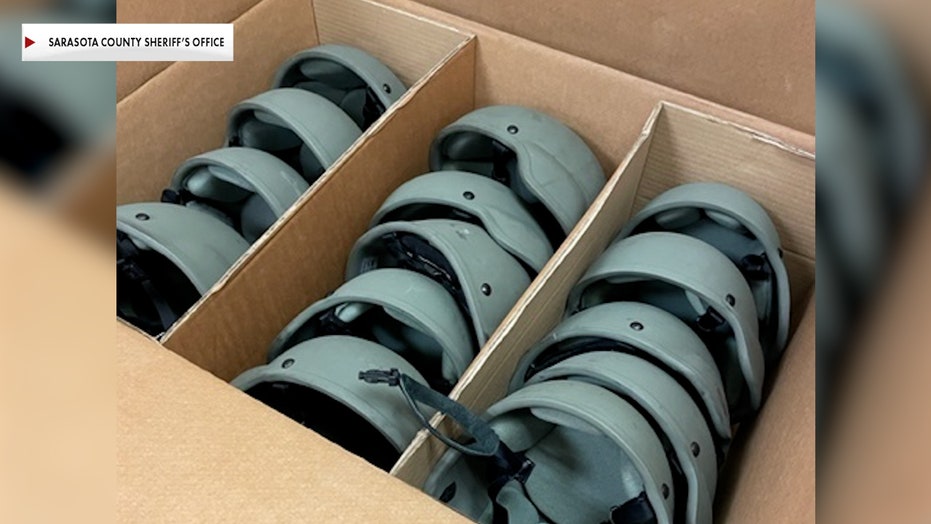 Local law enforcement agencies around the nation are shipping tactical gear to Ukraine to defend against Russian forces.

About 400 used bulletproof vests that were collected for donation to people in Ukraine have been stolen in New York City, according to reports.

The vests were removed from a building in the East Village neighborhood of Manhattan sometime overnight between Tuesday and Wednesday, the New York Post reported.

"It is despicable that someone would break into a building to steal supplies and materials intended to aid those affected by this humanitarian crisis," Vicki DiStefano, a spokeswoman for the Suffolk County Sheriff’s Office, which made a large donation of vests last week, told WABC-TV of New York City.

"It is despicable that someone would break into a building to steal supplies and materials intended to aid those affected by this humanitarian crisis."

Security-camera footage from a next-door business showed three vans pulling up outside the building, one after another, with men in hoods calmly and casually carrying out boxes believed to be containing the vests and loading them into the vehicles, then driving away, WNBC-TV of New York City reported.

The vests were intended to be sent to medical workers and humanitarian aid volunteers in Ukraine, the station reported.

The donated items were among many tactical gear items being collected around the U.S. as American law enforcement agencies and other groups step up to aid Ukraine, Fox News previously reported.

Someone at the Manhattan location realized the items were missing shortly after 9 a.m. Wednesday and called police, the Post reported.

The vests had been stored in an area that was "visible to the public," a source told the Post. Many had been donated by the Suffolk County Sheriff’s Office in the Long Island suburbs east of the city, the newspaper reported.

The sheriff’s office usually replaces its vests after five years of use, even though they typically remain in good condition, WABC reported.

It was unclear if all the missing vests were from the Suffolk donation, WNBC reported.

The building where the vests were being stored was listed as the location for the Ukrainian Congress Committee of America and the Ukrainian National Women’s League of America, according to the Post's reporting.