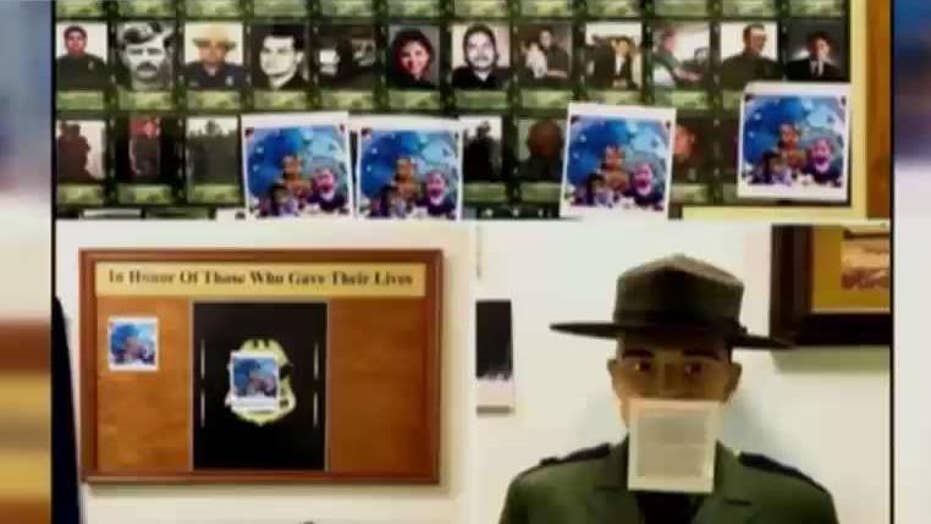 El Paso, Texas, has become a battleground yet again — on Saturday about 50 protesters “donning masks to conceal their identity” led a very confrontational demonstration at the National Border Patrol Museum, its director told Fox News.

The director, David B. Ham, described it as an invasion.

“They immediately spread out throughout the museum, and displayed banners and began chanting and singing,” he told Fox News via email Monday night. “While this was going on, other people in masks went through the museum placing stickers on most of our exhibits. These people were wearing masks, and their actions were concealed by others holding small signs to cover their actions.”

“Say it loud, say it clear, Border Patrol kills!” group members yelled while standing inside and outside the museum in the El Paso area, as the Washington Examiner reported.

The Facebook page for the protest group, which called itself Tornillo: The Occupation, said its goal was “exposing the true violence of borders and border patrol.”

U.S. Customs and Border Protection and the Department of Homeland Security did not respond to requests for comment.

Ham, however, noted that the museum itself “is an educational, historic artifact repository, library, and memorial for both national and international visitors open to all at no charge.”

He said the museum is a 501 (c) (3) nonprofit organization, and therefore apolitical — treating all with respect regardless of ideology along the political spectrum.

“Our memorial room displays the pictures of 127 agents who have died in the line of duty. It is considered a sacred room by Border Patrol agents, their families, and the families of the fallen agents,” he said. “This group desecrated this room by placing 20 stickers throughout this room, including six on the wall with the pictures of the fallen agents. The problem is the stickers have heavy-duty adhesive, and are extremely hard to remove without damaging the wall.”

He said insurance agents would have to review the damage of the vandalism to determine repair costs, noting that about 110 stickers were placed throughout the museum.

The protesters “were asked repeatedly to leave and quit demonstrating. They refused, despite claiming they left when asked to leave,” he said.

Congress approved $1.4 billion in new border wall money as part of a deal to avoid the latest government shutdown.