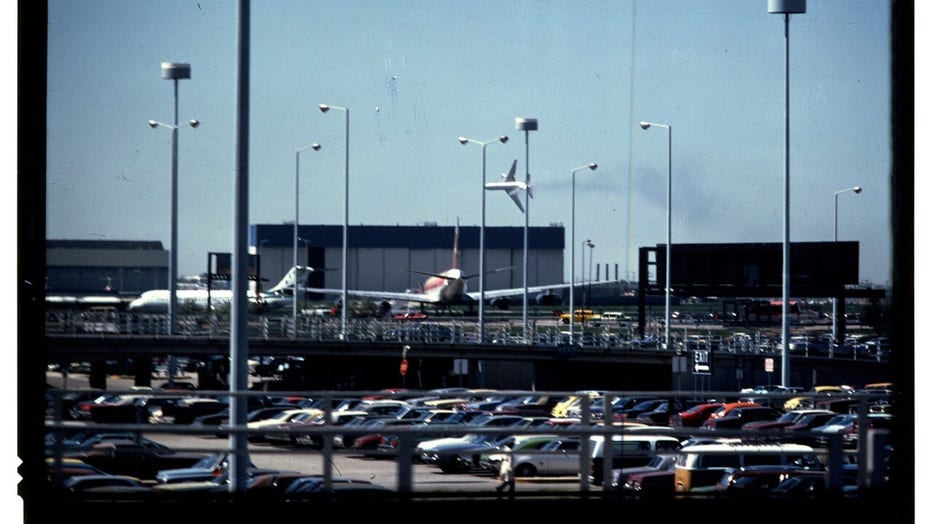 5 of the deadliest US air disasters

Unfortunately, airplanes are not exempt from human and mechanical errors, and on very rare occasions, tragedy has occurred. These are 5 of the deadliest air disasters to occur on American soil.

A number of passenger planes have crashed throughout world history as a result of mechanical failures and human error.

Ranging from failing engines to planes striking objects, here are five of the deadliest air disasters in the United States, not directly caused by terrorism, suicidal pilots or other nefarious instances:

Flight 191 crashed near Chicago’s O’Hare Airport on May 25, 1979. An engine that fell off the plane 1 second prior to takeoff led to its demise.

American Airlines Flight 191 was spotted flying sideways before crashing in Chicago on May 25, 1979. (FAA.gov)

The crew on board reacted to the engine separation and started following the airline’s protocol for that event, the Federal Aviation Administration says.

But by the time the DC-10 aircraft reached 300 feet, it started to turn and roll left. A chilling photo taken from the ground during those moments shows the plane flying sideways.

It eventually crashed into a mobile home park next to the airport, killing all 271 onboard and two people on the ground.

The plane’s co-pilot, in reaction to turbulence caused by another flight that took off just before, initiated a series of "unnecessary and excessive rudder pedal inputs" which ultimately led to the aircraft’s vertical stabilizer snapping off, according to the FAA.

The subsequent loss of control forced the plane to crash, killing all 260 on board and five on the ground.

In a disaster that led to a media frenzy, TWA Flight 800, which left New York for Paris on July 17, 1996, crashed into the Atlantic Ocean off the coast of Long Island.

A large piece of wing floats in the Atlantic Ocean where TWA Flight 800 exploded in midair and crashed, killing all 230 people aboard. (Getty Images)

The National Transportation Safety Board ruled the plane went down following the explosion of one of its fuel tanks, caused by the ignition of fuel and air vapors inside. But the source of that ignition was never officially determined, the FAA says.

Witnesses on the ground reported seeing the explosion and debris falling out of the sky.

This flight crashed on Aug. 16, 1987, after striking a number of objects shortly after takeoff.

The passenger jet was observed rolling left and right, and then hitting light poles and the roof of a rental car facility beyond the runway of Detroit’s Metropolitan Wayne County Airport, according to the FAA.

It eventually came to a halt on the ground, breaking up as it slid and leaving fire in its wake. Two people on the ground were killed and the only person to survive out of those onboard the plane was a 4-year-old girl.

The NTSB ruled the likely cause of the accident was the flight crew's failure “to ensure that the flaps and slats were extended for takeoff” and an unexplained loss of power to the plane’s takeoff warning system.

A Boeing 727 operated by Pan Am went down in New Orleans on July 9, 1982 during a period of bad weather.

The FAA says it was only around 100 feet off the ground when it started to descend, striking trees and a residential area.

The likely cause of the crash, it added, was the airplane traveling into winds “the effects of which the pilot would have had difficulty recognizing and reacting to in time for the airplane's descent to be [prevented].”