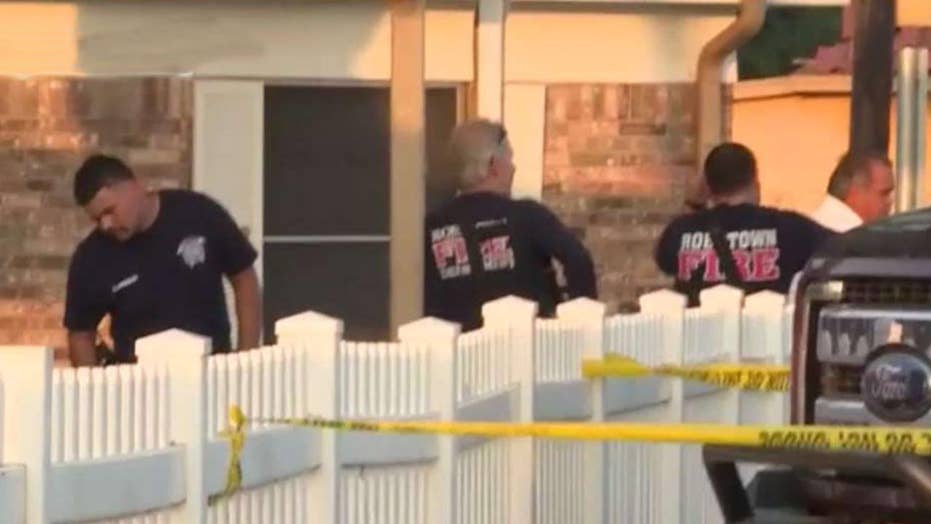 Authorities in Texas are working to determine what led to a shooting spree on Friday that left two people dead in a private residence and two others dead at a nursing home before the gunman killed himself.

Robstown Police Chief Erasmo Flores said at a news conference on Saturday that the victims and gunman were all part of the same family. Police believe that Richard Starry, 60, shot and killed his father, 85-year-old Ernest Starry, and his stepmother, Thelma Montalvo, at the Retama Manor nursing home in Robstown.

Richard Starry then fatally shot himself inside the nursing home, located roughly 20 miles from Corpus Christi and two hours south of San Antonio.

A family member later called officers to the couple's home, where the bodies of their 13-year-old adopted son and a 41-year-old son of Montalvo were also found shot to death. The names of the other two sons and Montalvo's age were not released.

"Evidence leads us to believe that the two that were killed at that home were the first victims of this shooting," Flores said.

The body of the elder Starr was found next to Montalvo, KIII-TV reported.

Flores said during the news conference that investigators are working "diligently" on the case and that the results will be presented to the district attorney for review.

Enrique Paredez, a police lieutenant in the Corpus Christi suburb of Robstown, told reporters that the reason behind the shooting remains unclear.

"As far as a motive, the investigation is too premature at this time to determine," Paredez said.

The shooting at the nursing home drew a massive response by law enforcement, as police placed the facility in lockdown after the initial shooting at 7 p.m. on Friday.

Retama Manor Nursing Center is a medium-sized for-profit nursing home with 94 beds, according to the police department.

Reuben Garcia, whose father lives in the nursing home, was inside the home at the time of the shooting.

"I thought it was just a ladder that had fallen down, that's what it sounded like to me. Then I heard somebody say 'run, run,'" Garcia told the Associated Press. "So we ran," getting his father out of the building.

Residents and family were asked to go to a nearby high school, where they waited for the lockdown to be lifted.

“You never think it’s going to happen to your family,” Doris Salazar, whose mother stays at the nursing home, told The Caller Times. “You think they’re safe.”