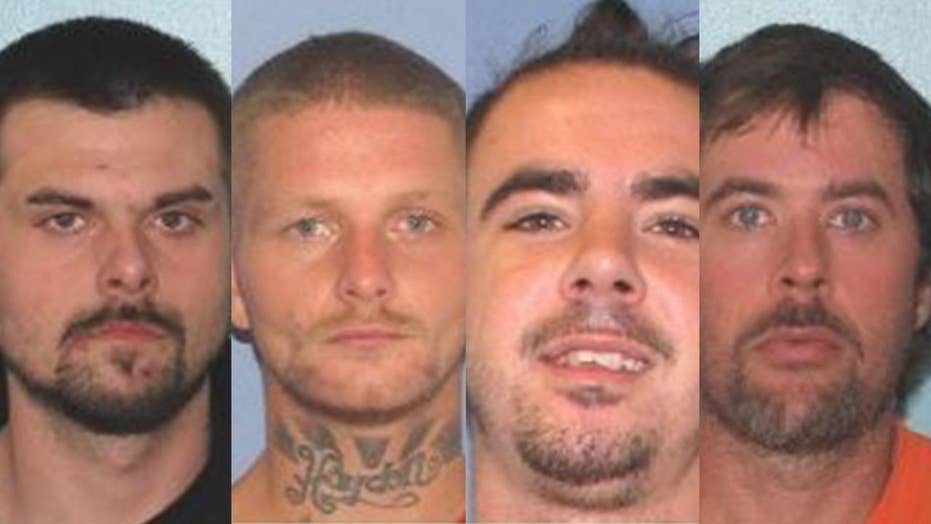 Three men who escaped ab Ohio jail have been captured in North Carolina. One more is on the loose.

Authorities in North Carolina said early Monday that three of the four men who broke out of an Ohio jail were nabbed at a Red Roof Inn inside a shopping center.

The NBC 4 report did not name the three who were nabbed, but they were reportedly taken into custody peacefully at around 2 a.m. ET.

The manhunt was underway for the four who escaped from an Ohio jail Sunday morning after overpowering two female guards with a homemade knife, officials said.