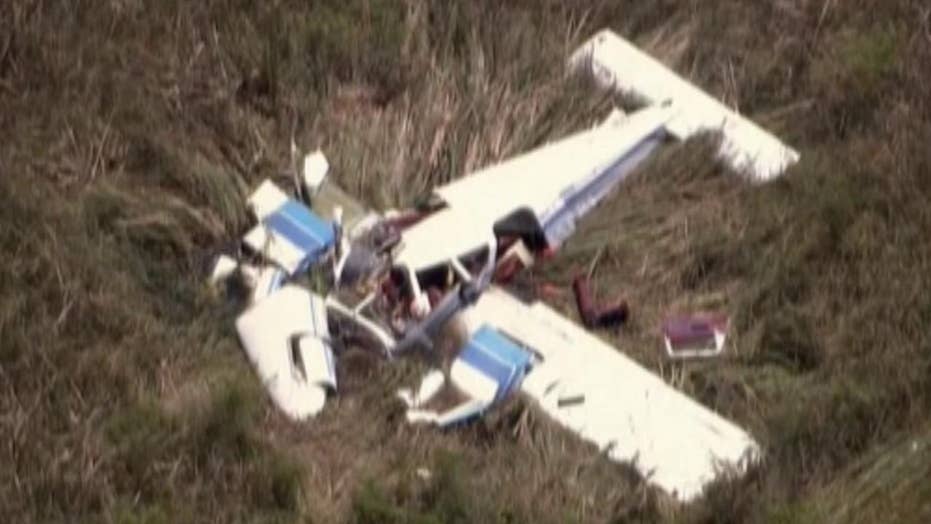 Wreckage of two planes found in the Florida Everglades

Raw video shows the wreckage of two small planes that crashed into the Florida Everglades.

According to WSVN, two victims were discovered at the wreckage of one small plane and a third was found near the crash site of the second aircraft.

Authorities told Fox News that it wasn’t exactly clear how the collision unfolded.

After Fire Rescue initially tweeted that they were enroute to the scene of a small aircraft crash, they said crews found an additional downed plane.

The Federal Aviation Administration (FAA) said they are “investigating an aircraft incident involving a Piper PA-34 and a Cessna 172 that happened approx. nine miles west of Miami Executive Airport at about 1 p.m. EDT.”

WRECKAGE OF PLANE MISSING SINCE 1997 FOUND IN MICHIGAN, BELIEVED TO BELONG TO COUPLE THAT VANISHED

The names of the victims weren't immediately released.

Fox News’ Ivonne Amor  and the Associated Press contributed to this report.