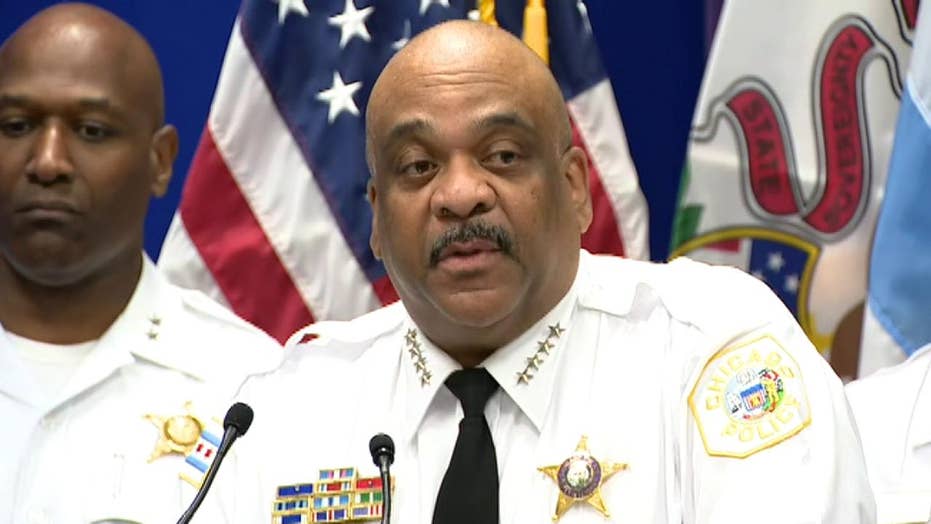 Chicago police held a press conference saying three teenage girls have been charged Thursday in connection with the beating of a 15-year-old special needs girl, which was recorded on video that went viral, police said.

Three teenage girls in Illinois were charged Thursday in connection with the beating of a 15-year-old special-needs girl, which was recorded in a video that went viral, police said.

Chicago Police Lt. Ozzie Valdez told reporters that two of the girls were charged with aggravated battery, while the third was charged with mob action. The girls are 13, 14 and 15, and they were charged as juveniles. The charges are felonies.

In the video, which was recorded on Monday and posted to social media the next day, the victim could be heard screaming and seen waving her arms as she tried to fend off her attackers while onlookers laughed. The video was reportedly posted by someone who described herself in the caption as a friend of the girl, who said the girl has a “mental disability.”

The unidentified victim had been missing from her South Side home several days before the attack occurred Monday. She was found Tuesday evening and taken to a hospital where she was treated before being released. Police told reporters that the victim has been placed “in a safe environment."

Valdez told reporters that detectives learned that the victim “met several juveniles who she thought were her friends.”

“These girls then taught her how to flash gang signs and as this was occurring a beating began which was captured on video,” he added.

“Actions depicted in the video are difficult to watch to say the least and I hope that they become a teachable moment for not only these young individuals but actually for all of us,” Chicago Police Superintendent Eddie Johnson said. “Hate, bullying and bigotry are cancers of our society that do nothing but break and divide us."

The Chicago Sun-Times reported that the victim was attacked after she refused to engage in sex acts. Authorities declined to confirm that information Thursday, adding that they would not go into specifics given those involved are juveniles.

The teens were arrested after going to police with their parents on Wednesday night and two of them appeared in juvenile court on Thursday morning.  The Sun-Times reported that the 14-year-old suspect was released to her mother, but was ordered to wear an electronic monitoring device.

“She’s a good girl when she wants to be,” the girl’s mother told the newspaper after the hearing. She added that older girls in the neighborhood were a bad influence on her daughter.

"I’m not for her beating on anyone," the mother added. "I’m just so irritated with all this."

The 15-year-old suspect was also ordered to wear an electronic monitoring device and be placed in a temporary juvenile shelter, according to the Sun-Times. The girl’s mother had told the judge that she was worried about her family’s safety if her daughter returned home.

The parents of both girls told the judge they had received several threats against their daughters and their families, the Chicago Sun-Times reported.

Valdez said the investigation is ongoing and more people seen in the video could also face charges.