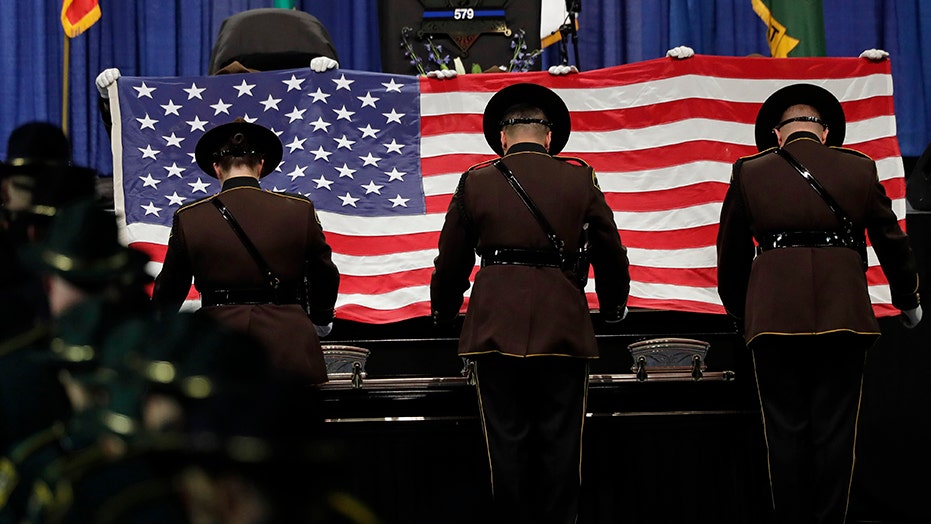 This year is ending as one of the least deadly for police officers in decades.

As of Tuesday, Dec. 31, statistics from the Officer Down Memorial Page, which tracks the deaths of officers in the U.S. and its territories, indicate that 131 police officers have died in 2019 — the lowest annual total since 1959, when 122 were killed.

“It is because of improved equipment, training and vigilance – together with the incredible work of heroic trauma teams at hospitals nationwide – that the numbers aren’t growing,” Jim Pasco, the executive director of the National Fraternal Order of Police, told Fox News recently.

The 2019 tally’s latest addition was the death of Hendersonville Police Officer Spencer Bristol on Monday night, who was fatally struck by a vehicle while pursuing a suspect on foot along Tennessee’s Interstate 65. It is also expected to increase by one after a deputy in Texas' Panola County was reportedly shot and killed on Tuesday morning.

Yet overall the total is a decrease from 2018, when the Officer Down Memorial Page says 166 officers died.

And between 1959 and now, the last time there was such a low number of deaths in a calendar year was in 2013, when the figure was 133, the data shows.

But Pasco warns that while 2019 is a “less deadly year for police officers than in the recent past, it certainly is not evidence of a new era of peace and harmony.”

“Criminal – often unprovoked – attacks on police officers” are still occurring, Pasco said, adding he believes perpetrators are feeling “empowered by political demagogues and the mass media, who demonize the police on a daily basis."