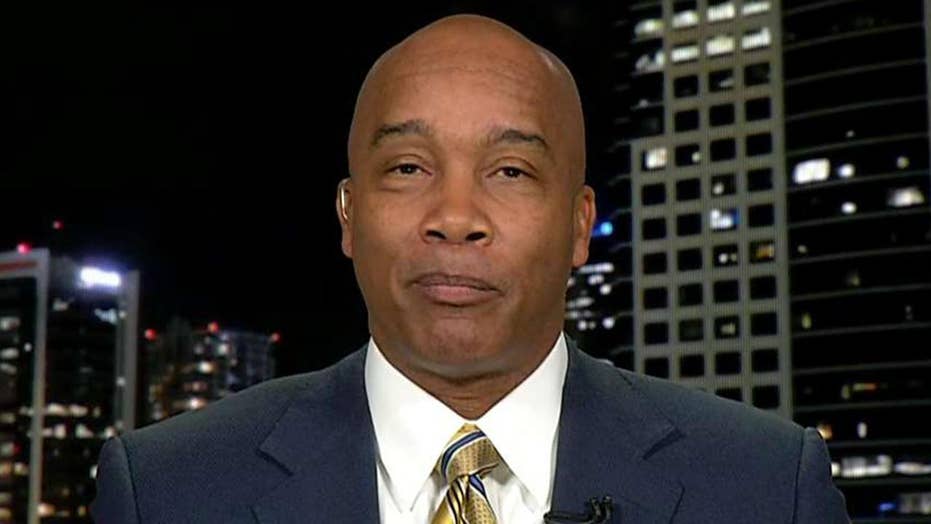 St. Louis mayor: Give us your guns, we'll give you groceries

BELLEFONTAINE NEIGHBORS, Mo. – A gunman shot two suburban St. Louis police officers in the torso before barricading himself inside a home Thursday, but bulletproof vests saved both officers from serious injury.

The shooting happened in the city of Bellefontaine Neighbors. The two officers — a 44-year-old man and a 25-year-old woman — were briefly hospitalized with bruising and checked for internal injuries, said St. Louis County police spokesman Shawn McGuire. Both were released by midday and expected to recover.

"By God's will, both officers were struck in a location where they had protection," McGuire said.

The 37-year-old suspect was hospitalized with a gunshot would after exchanging gunfire with police during a standoff that lasted more than seven hours, police said. The man was expected to survive.

Police had been looking for a man wanted for questioning after a Wednesday night report of shots fired, McGuire said. Officers saw the suspect walking in the neighborhood around 7:15 a.m. Thursday.

A witness, Steve Jones, told reporters that the officers were trying to reason with the man when they suddenly tackled him on a lawn. He said the officers pepper sprayed the suspect when he started to stand up, and that the man then shot the officers from about 15 feet (4.5 meters) away.

St. Louis County police said one of the officers returned fire but it wasn't known if the suspect was hit.

The man then ran about a block and barricaded himself inside a house, leading to the lengthy standoff involving dozens of officers and a police tactical squad.

Police said that at 11:12 a.m., the suspect opened the door of the home and fired his gun. A tactical operations officer returned fire. No officers were struck in that exchange and police didn't know at the time if the suspect was hit.

Tactical operations officers went into the home 3 ½ hours later and found the suspect with one gunshot wound to the upper body. Two handguns were found inside the home.

Bellefontaine Neighbors Mayor Bob Doerr told the St. Louis Post-Dispatch that the vests were purchased for officers about a year ago.