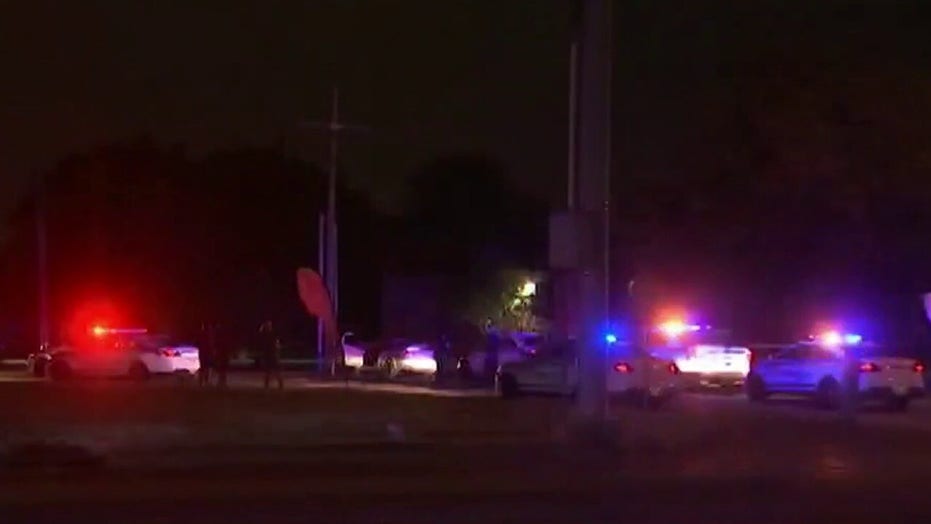 Tulsa police say the suspect is armed and dangerous as a manhunt continues.

A man accused of shooting two Oklahoma officers during a traffic stop in Tulsa early Monday has been taken into custody, police say.

David Ware, whom Tulsa Police had described as “armed and dangerous” after firing “multiple times” at the officers, was arrested without incident.

“After following several leads, we were able to track the suspect down to a house,” the department said in a Facebook post. “When officers surrounded the house, the suspect surrendered.”

The officers struck by gunfire are reported to be in critical condition with head and torso wounds. They are undergoing surgery.

Police are still searching for a second person of interest: the driver of a red Jeep with alleged connections to the shooting, according to the Tulsa World newspaper.

The incident unfolded early on Monday in east Tulsa, around 3:30 a.m. local time.

Ware was pulled over because the inspection tag on his vehicle, a 2007 Chevy Cobalt, showed that it had expired in April, according to a probable cause affidavit viewed by Tulsa World.

When one of the officers told Ware that his vehicle would be towed reportedly because he owed taxes, the suspect then refused and was heard "telling the officers they are violating his rights,” the affidavit reportedly says.

A scuffle then ensued before Ware “pulled a gun on the officers and fired multiple times,” police say. He then fled on foot.

The department told Fox 23 that one of the officers struck had graduated from the police academy within the last year, while the other is a sergeant.

Ware is now facing two counts of shooting with intent to kill and a felony firearm charge, Tulsa World reports.