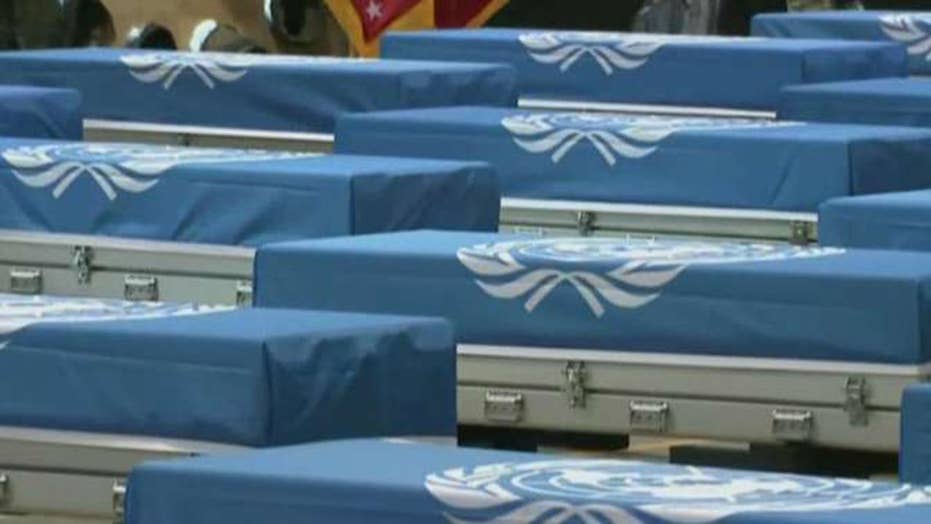 North Korea returns remains of Korean War soldiers to US

Asia analyst Gordon Chang on the significance of the returned remains.

Two more U.S. service members have been identified from the 55 boxes of war remains that North Korea returned in July, officials said Monday.

The U.S. military will be notifying the families within days, directors for the Defense POW/MIA Accounting Agency (DPAA) said, according to The Military Times.

“The ID’s will be made officially in the next couple of days, 2-3 days ‚and the family will be notified within 24 hours of the ID’s being officially made,” DPAA Chief Scientist John Byrd told the Times.

He said the agency is confident the service members will be correctly reunited with their families.

"No doubt about it," Byrd said. 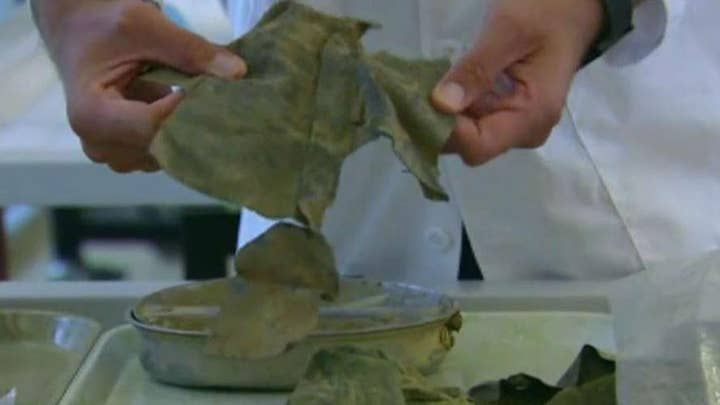 North Korea provided the 55 boxes in a delayed fulfillment of a commitment its leader, Kim Jong Un, made to President Trump at their Singapore summit on June 12.

The remains identified came from box 14 and box 16 of the 55 boxes, DPAA officials told the military paper. They were some of the most complete of those returned, they said.

Box 16's bones were "so well-preserved" that one of the scientists identified them as belonging to an African American male, just one day after the remains were received, The Times reported.

Byrd said the names will be announced publicly once the family is notified, the report said.

Nearly 7,700 U.S. service members were listed as missing and unaccounted for from the 1950-53 Korean War.

The Pentagon estimates that of the approximately 7,700 U.S. MIAs from the Korean War, about 5,300 are unaccounted for on North Korean soil.

Many families who are awaiting the return of their loved ones from the Korean War have already submitted DNA samples to the laboratory to aid in the process, the Minneapolis Star Tribune reported.

Richard Downes, whose father, Air Force Lt. Hal Downes, is among the Korean War missing, said this turnover of remains, having drawn worldwide attention, has the potential to put the U.S. back on track to finding and eventually identifying many more.

"These 55 can set the stage for more to come," Downes said.