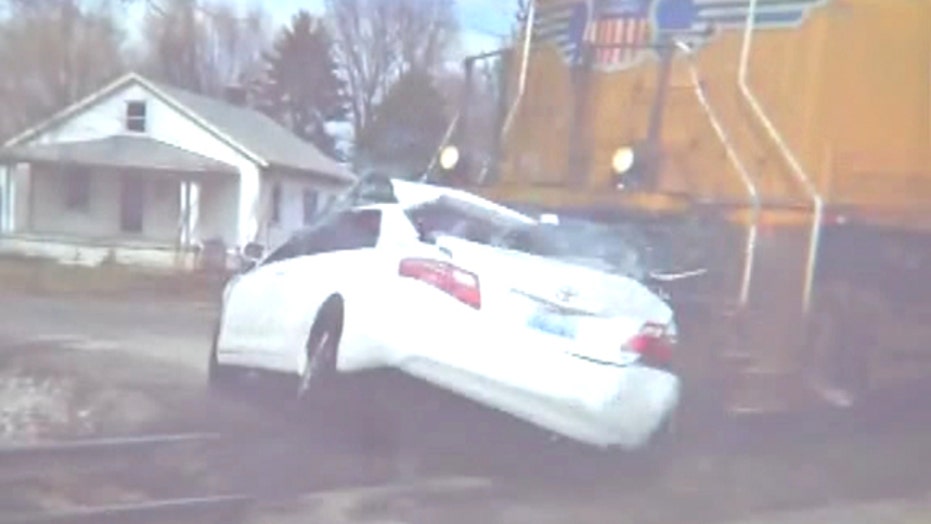 Two Kentucky students were killed Saturday and two more are in critical condition after the car they were traveling in ran a crossing signal and was hit by a train, officials said.

The collision occurred at an intersection in Buechel, near Louisville. The train slammed into the passenger side of the vehicle, instantly killing Suk Man Rai, 19, and Chita Chuwan, 16, according to the Jefferson County Coroner's Office. The other two passengers are in critical condition at University of Louisville Hospital, WAVE 3 reports.

Ben Jackey, a spokesman for Jefferson County Public Schools, said all four people in the car were students in the district.

"We pray for our brothers who we lost in that tragic train accident," Tara Khadka, a friend, told WAVE 3.

The collision was captured on video by Anthony Collman, a former conductor who takes videos of trains.

Logan Bennett, who also was watching trains with Collman, described it as “the most devastating thing I've ever seen in my life,” and estimated that the car was pushed a mile down the tracks, WAVE 3 reports.