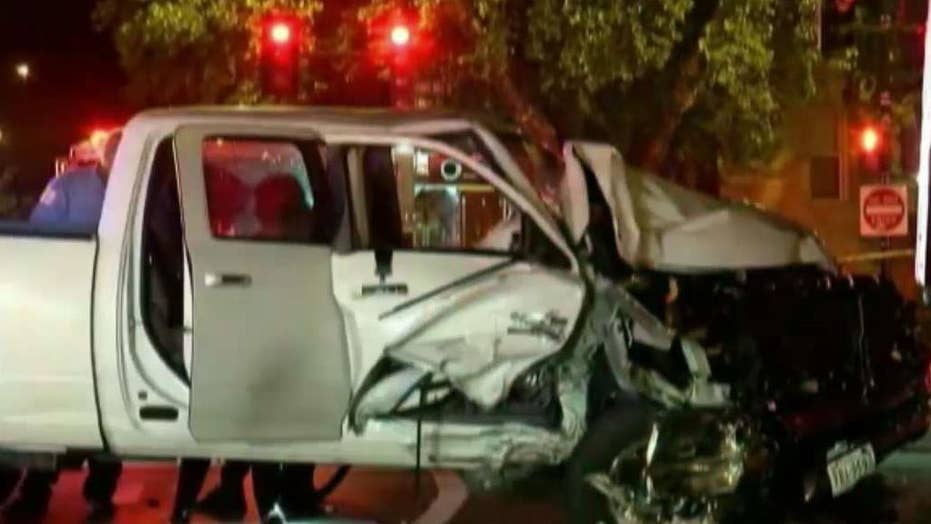 Authorities say two people have been arrested after two D.C. police officers and a District Department of Transportation employee were struck by a pickup truck Thursday night in Adams Morgan.

One of the officers is in very critical condition, according to Newsham. The other officer and the worker suffered serious injuries, but are believed to be non-life-threatening.

After striking the officers, the truck proceeded through the intersection and ended up hitting a large unoccupied dump truck parked on the roadway just past Columbia Road. Two people in the pickup truck were placed under arrest and taken to the hospital.

Chief Newsham said in a news conference that a weapon was recovered from the striking vehicle.

When asked if this incident may be terrorism-related, Newsham said, "We have to look at that very closely. We do not have a motive at this time."