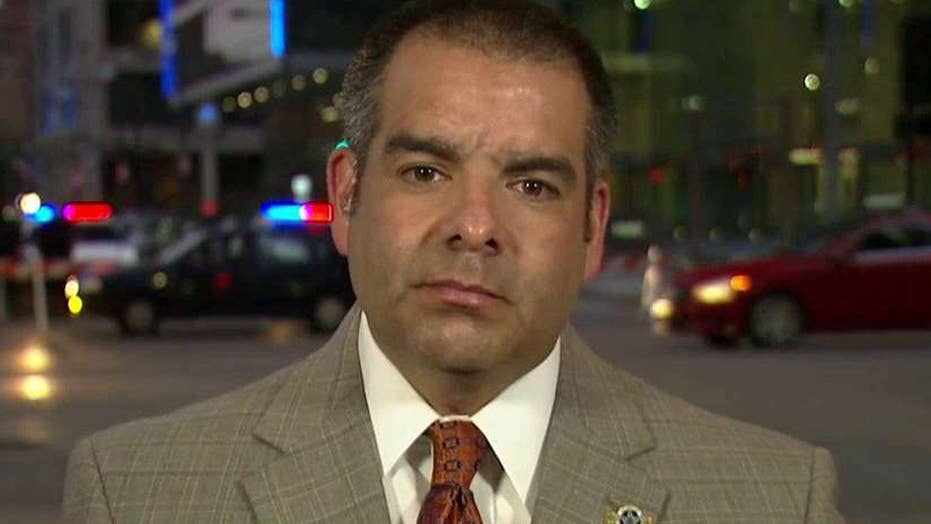 How is the Dallas Police Department rebounding after ambush?

DALLAS – Two police officers for a Texas community college were injured in the deadly attack on police on Thursday, college officials said.

El Centro College said in a statement posted on its website Sunday night that Cpl. Bryan Shaw and Officer John Abbott were hurt in Thursday's attack.

Shaw was struck by a bullet as he guarded an entrance to the college, the statement said. Shaw was treated on scene and returned to protect other officers and civilians.

Abbott was also guarding the entrance. He sustained injuries to both legs from flying glass after it was struck by bullets, the statement said. Abbott tended to his wounds at the scene and then returned to assist others.

Both men were resting at home.

Dallas police previously said five officers were killed and seven officers and two civilians were hurt in the attack. Its number of wounded did not include any El Centro College officers.