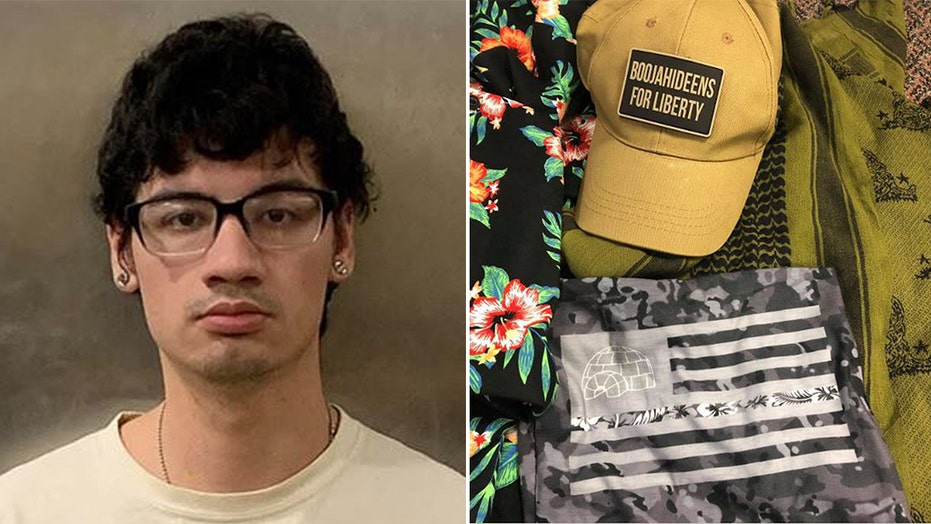 A county sheriff says two members of the “boogaloo” extremist group have been charged with inciting a riot at a May 30 George Floyd protest in a South Carolina city.

Richland County Sheriff Leon Lott announced the charges had been brought against Kevin Ackley, 22, and Joshua Barnard, 24, according to reports.

The protest took place in Columbia, the state capital.

Ackley was charged with instigating a riot by throwing a water bottle at law enforcement officers, WIS-TV reported. His arrest was announced Friday.

Mug shot for Kevin Ackley, 22, Deputies said he was in possession of "boogaloo" items, including a Hawaiian shirt. (Richland County Sheriff's Office )

Barnard was also charged with breaking into a motor vehicle, looting and larceny in addition to the inciting a riot charge, the station reported. His arrest was announced Thursday.

Ackley worked as a paramedic in Richland County but was fired after his arrest, according to the station.

CREATING CHAOS: HOW ANTIFA AND OTHER EXTREMISTS DRIVE DISCORD ONLINE

“It’s disgusting that a man who is supposed to be protecting the lives of citizens and law enforcement officers alike would participate in a riot that injured people,” Lott said. “He is now where he needs to be — in jail. And he’ll be held accountable for what he’s done.”

In Las Vegas, on Wednesday, federal prosecuotors charged three men who identified themselves as boogaloos with planning to incite violence at a George Floyd protest in the Nevada city.